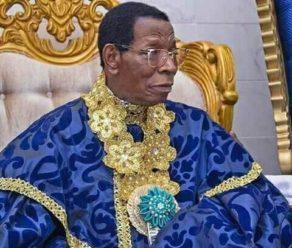 Pastor and Spiritual Head of the Celestial Church of Christ, His Eminence, Rev. Emmanuel Mobiyina Friday Oshoffa has ordered a change of administration of the Theological Seminary of the Church located on the Lagos-Ibadan Expressway and approved that new job vacancies be widely publicized to attract the best qualified personnel.

This move by Pastor Oshoffa, insiders confirm, is a landmark decision. It is the first time that all eminently qualified theologians and educated liturgy experts within the Celestial fold would get equal opportunities to vie for new lecturing and administrative positions that would be advertised by the Seminary.

Explaining the new development when contacted, Prophet (Dr.) Kunle Hamilton, Chairman of the new 12-man Committee appointed by Pastor EMF Oshoffa to re-organize the CCC Theological Seminary, said: “The decision of Pastor EMF Oshoffa to open up the recruitment space so that all Celestians who studied Theology in reputable Christian universities and seminaries can come and contribute their own quota to the training of CCC shepherds, workers and knowledge seekers must be applauded.

“In the past, Rector, Registrar, Bursar and Lecturers were hired through closed selection processes. This time, the Seminary is sure to get the best hands available because it is now going to be competitive and our current and future students are going to be quite proud of the new Seminary improvements” Hamilton said.

On the issue of the outgoing administration of the Seminary, Evangelist Korede Ogunmola, Secretary to the Seminary Committee, said: “The former Rector, Sup. Evang. Steve Bank-Ola Abayomi; his former Deputy, Sup. Evang. Jonathan Adepegba; and the former Dean of External Studies and Linkages, MC Abimbola Olatunde did their best to serve the Church and the Seminary, I am sure. The Abayomi administration has served four years and the Pastor has decided it is time to upscale.

“In letters signed by His Eminence, Pastor EMF Oshoffa, closure was brought to end their tenure as part of the process of restructuring that will facilitate a new dawn for the Seminary. We wish the outgoing top three personnel well as they continue to serve the CCC in other capacities” Ogunmola said.

Speaking on behalf of his Committee of 12, Hamilton concluded by saying, “We are all working round the clock to improve the theological, doctrinal and liturgical curriculum of the Seminary and the learning environment. We will also infuse leadership, public relations and church administration modules into the curriculum as well as streamline the certification of the new crop of graduates the Seminary will produce.”

Other insiders confirm that Pastor EMF Oshoffa has ordered improvements to the safety, security and structure of the Seminary premises and buildings after which he is likely to reopen the Seminary.