A general view of a power distribution plant which has ran out of power supply following a collapse of the national grid resulting in total blackout in Lagos, Nigeria’s commercial capital, on March 15, 2022. (Photo by PIUS UTOMI EKPEI / AFP)

Following the last national grid collapse, making it the fifth time in two months and the third in about 30 days, Small and Medium-scale Enterprises (SMEs), institutions of learning and artisanal vocations in Southwestern states are fast collapsing. They are collapsing under the weight of unavailable public power supply, estimated billing and unaffordable alternatives, throwing millions of young people into the saturated labour market.

Fed up with the back-and-forth on an unacceptable billing plan, a few universities are opting for disconnection from the national grid, while many are currently exploring alternative sources as bills have increased by over hundreds of percentage within few years amid deteriorating supply.

With the hike in diesel prices, the situation has become worse for the zone, amid poor supply from the grid. Already, some investors and business owners have commenced scaling down, with others suspending operations over high energy costs and harsh operating environment in the country.

In particular, the Automotive Gas Oil (AGO), popularly known as diesel, has spiked by about 200 per cent in the last six months as escalating energy costs continue to bite many investors and Nigerian businesses.

At the maiden quarterly press conference on Nigeria’s economy for the first quarter (Q1) in Lagos last week, renowned economist and immediate past Director-General of Lagos Chamber of Commerce and Industry (LCCI), Dr. Muda Yusuf, said the development is putting the economy on dire straits, with many investors passing on the cost increments onto the final consumers, which is now being visible with the skyrocketing prices of food and goods’ commodities in Nigeria.

According to him, the sudden surge in the prices of energy cost, mostly AGO, which was fuelled by both global and domestic forces, has paralysed Nigerian businesses in all ramifications.

The crisis became exacerbated by the collapse of the national grid, leading to a sharp drop in electricity supply from the grid and consequent load shedding. The situation is becoming unbearable for both households and investors.

This has compounded the unemployment situation, while breeding more miscreants in the Southwest, where many of the nation’s industries are located, especially Lagos and Ogun states.

The poor power state and the attendant frustration among business owners are fairly similar across Ondo, Ekiti, Oyo and Osun states where young people are forced out of artisanal vocations into okada riding and thuggery.

An investigation by The Guardian revealed that many of the SMEs in the the state are barely surviving the arbitrary billing system by BEDC. High bills and additional cost of running alternative power sources, The Guardian gathered, led to the closure of many companies. Those struggling to survive are not making reasonable profits.

The coastal areas of the state, which include four local governments – Okitipupa, Ilaje, Irele and Ese-Odo – have been shut out of the national grid for over 10 years. This has crippled economic activities in the area, while throwing the communities into hardship.

SMEs and artisans in the area thrive on alternative power sources, bearing the huge attendant cost of running generators. Business owners in the areas lament that the high cost of staying in business has sent many out of business.

The state chairman of Potable Water Factories, Chief Paul Akinmosin, said that businesses need power to survive. He noted that they have not been having a good time with BEDC.

According to him, many of the factory owners run on estimated billing plans, as less than five per cent of them are metered by the electricity company.

“On average, no pure water company spends less than N100,000 monthly on generators to power equipment. This is too much a cost for us to bear,” he said.

Chairman of Welders Association in Imafon Town, Akure North Local Government Area of Ondo State, Mr. Gabriel Matthias, lamented that over 60 members of his association had left businesses due to electricity problems.

He said: “Only very few houses are metered, while more than 90 per cent are on estimated billing. And most of the welders here fall in the category of estimated billing customers. You can imagine a small shop paying N50,000 as electricity bill in a month.

A member of the Saw Mill Association in Ore, the headquarters of Odigbo Local Government Area, Abdulganiyu Adewale, who is now a commercial motorcycle rider, recounted a similar experience. He said BEDC sent him out of business.

Adewale decried alleged excesses of power distribution companies through its outrageous bills forced on consumers, identifying it as the greatest clog in the wheel of industrialisation of the state.

“As I am talking to you, I know more than 30 saw-millers in this town that have gone out of business. They are not only out of business, they are in neck-breaking debts. Many artisans, whose handiwork requires power, are now okada riders.

Another entrepreneur, Babatunde Alonge, a popular fashion designer in Akure, narrated that the high cost of power was killing his business. Alonge mentioned that he had to obtain a loan from a bank to set up his factory, revealing that he used over N500,000 to procure a small-sized industrial generating set to power his office.

Like most houses that are not on prepaid meter, he said he used to be billed on an estimated basis but rejected it and asked BEDC to disconnect his business from the national grid.

The three tertiary institutions said that they are considering other effective and cheaper energy sources to power the campuses. In separate reactions, the institutions lamented that they were finding it difficult to pay the crazy billings impose on them monthly by the electricity firm.

Rector of The Federal Polytechnic, Ado-Ekiti, Dr. Dayo Oladebeye, said it has not been easy paying the debilitating monthly bills slammed on the institution.

“We are already finding it extremely difficult to pay the crazy billings,” he said, adding that from the monthly bill payment of N3 to N4 million he met in 2018, “the monthly bill now averages N8 million.

“This amount we pay is for an average of six to seven hours of daily electricity supply. The rest of the hours are augmented with diesel on heavy-duty generating sets. This in itself is an additional drain on the revenue of the polytechnic.”

The Director, FUOYE Directorate of Maintenance, Ojo Adebayo, who spoke on behalf of the management, said the university has not been enjoying power supply from BEDC.

“We rely 90 per cent on diesel to power generators at an average of eight to10 hours per working day. The cost of fueling is excruciating, especially due to the skyrocketing and fluctuating price of diesel arising from its deregulation in the market.

“Given this, FUOYE management is seriously looking inward in the direction of renewable energy infrastructure for power supply. Recent proposals from investors are welcome for consideration. Moreover, the business model in terms of contract and financing has been a major concern.

“Again, concerns have also been on sustainability of the infrastructure knowing full well that emerging nature of the science of solar system, especially concerning Research and Development (R&D) on battery life. All this makes the initial investment decisions critical,” he pointed out.

The spokesperson for EKSU, Mr. Bode Olofinmuagun, said: “Electricity is our major challenge in this institution. This is why we largely depend on alternative energy for our business of learning and research. Unfortunately, the high cost of diesel has not made the alternative energy worth the while. We spend a huge amount to pay our monthly bills from BEDC and also spend even more to power our generators.”

Meanwhile, Afe Babalola University, Ado Ekiti (ABUAD), has opted out of BEDC network after it commissioned 2.5 megawatts of its five megawatts independent power plant. According to the spokesperson of the institution, Tunde Olofintila, running on electricity was not cheap because, “in addition to running on 24 giant generators in the university, we pay as much as N19 million to the public utility every month.”

IN Oyo State, industrialists and artisans, whose businesses depend on electricity, have lamented the poor state of supply. They expressed displeasure over the epileptic power supply, just as they complained of outrageous charges, which according to them, have negative impacts on their businesses and forcing many to close shops daily.

The Executive Secretary of Manufacturers Association of Nigeria (MAN), Oyo, Osun, Ondo and Ekiti zone, Mr. Rimdam Namzing, explained that the COVID-19 disruptions affected businesses and general livelihood. The challenge, he said, has been compounded by a poor power supply.

He said last year witnessed an aggressive increase in energy tariffs, as the government works towards the total removal of subsidy, which means the price of electricity will still go up. He said a survey would be required to give facts and figures on electricity cost.

He admitted that companies fold up for different reasons but noted that reliable and cheap energy is key to keeping factories open.

A spokesman for Oodua Group of Companies, Mr. Victor Aiyetoro, said the organisation spends about N3 million monthly on diesel to power its businesses. This, he said, is exclusive of the cost of maintaining the generating plants.

According to him, the huge amounts spent on alternative power would have been invested in other areas of the business to create more jobs and increase capacity.

Also lamenting the cost of electricity and epileptic power supply, chairman of Printing Association, Mokola Zone, Ibadan, Oyedokun Opeyemi, said none of the members of the association spend less than N30,000 to N40,000 on prepaid meter cards weekly owing to the huge energy need of the industrial machines they use.

“One of the challenges we have now, especially the printing industry, is electricity. First, the number of hours of supply we enjoy daily does not support profitable operations. Secondly, even when there is supply, we can only use it for other purposes and not to power our printing machines.

“For instance, if you load printing paper and ink on the machine, it is always advisable and economical to power the machine. Otherwise, if the public power is off and the machine stops unexpectedly before you switch over to generating set, some damage may have happened to the job,” he said.

He also said some machines require constant power and that for such, it is better to use generating set to power them otherwise one would need to clean them at intervals, which also is not profitable. Many operators, he said, have left the printing business due to high cost of electricity.

HOWEVER, in reaction to the incessant collapse of the grid, the presidency has declared the recent collapse as an act of sabotage. Ahmad Zakari, Special Adviser to President Muhammadu Buhari on Infrastructure, yesterday, lamented the situation and urged Nigerians to be vigilant.

He said the cause of last week’s electricity shutdown “was sabotage of Ikot-Ekpene Calabar 330KV tower.” Zakari noted that the destruction of the country’s infrastructure “by citizens is difficult to comprehend.” He stressed the importance of improving security around the facilities because infrastructure are vast and span thousands of kilometers with multiple risk points.

2023 GOV. ELECTION: IGBO TRADERS TO SANWO-OLU: ‘WE WANT YOU AGAIN’ •Endorsement a vote of confidence in our Greater Lagos effort’ – Lagos Gov

May 7, 2022
Zulum, Sanwo-Olu, Emmanuel, emerge ‘The Industry Governors of the Year’
5 min read

Zulum, Sanwo-Olu, Emmanuel, emerge ‘The Industry Governors of the Year’ 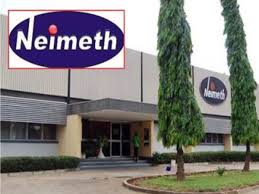