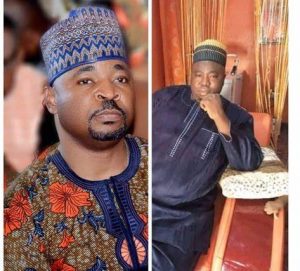 LAGOS- THE Commissioner of Police Lagos State Police Command, CP Sylvester Alabi has warned two major  parks contenders in the state, Mr. Musliu Akinsanya aka MC Oluomo and Azeez Abiola aka Istjaba to maintain peace in their respective areas of responsibility or face the full wrath of the law. The warning came against the backdrop of incessant clashes by loyalists to the two motor parks managers in the state.

To this end, Area Commanders and Divisional Police Officers DPOs has been mandated to be on the lookout for any one fomenting troubles in their respective areas of Responsibility and deal decisively with such persons of group of persons.

A statement by the state PRO SP Ben Hundeyin made available to CrimeWorld magazine online said, “CP Alabi, who has met with the major contenders – Musiliu Akinsanya (aka MC Oluomo) and Azeez Abiola (aka Istijaba), separately in his office, where he admonished them to prevail on their teeming followers to act within the confines of the law, is poised to ensure the security currently being enjoyed in in the state remains intact. In line with this stance, Area Commanders, Divisional Police Officers (DPOs), and tactical commanders, have been directed to deal decisively with anyone found instigating or causing a breach of peace within their respective areas of responsibility (AoR).”

Meanwhile, CP Alabi has called on Lagosians to go about their lawful duties without fear of harassment or intimidation, as all human, material and operational resources have been optimally deployed to ensure their safety and security.