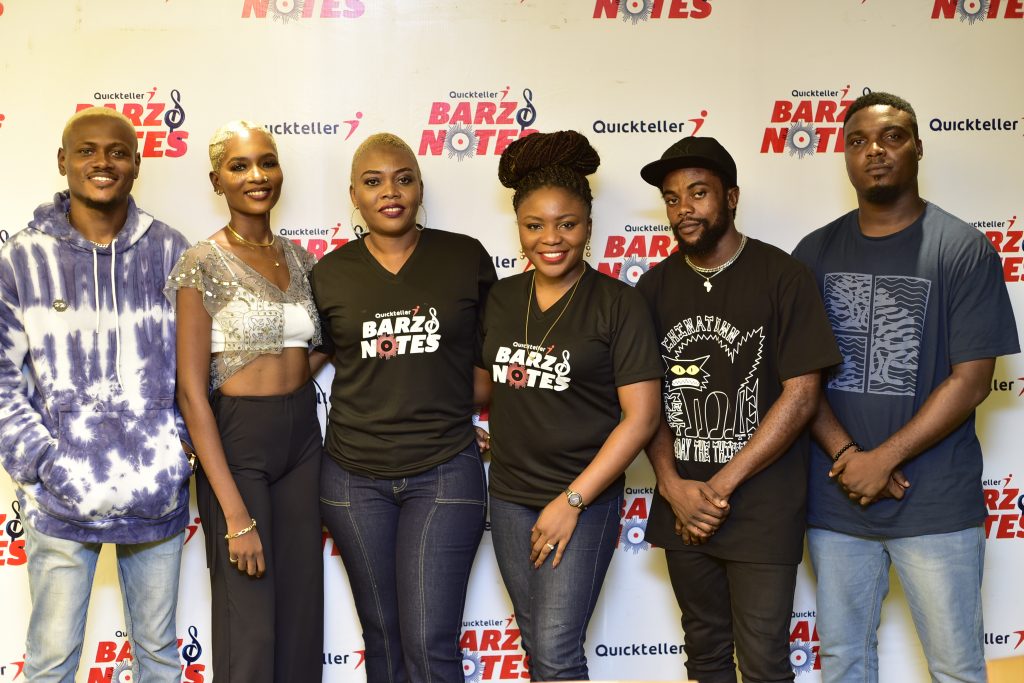 There’s a popular saying that a journey of a thousand miles begins with one step. And the first step taken by the successfully selected participants of the newly minted Quickteller Barz and Notes music talent hunt show was their entries.

To ensure that the process was fair, the producers of the show listed a number of qualities that qualified competing participants such as originality, vocals, style/genre of music, creativity, flexibility, and willingness to evolve. All of which you can see for yourselves on YouTube and Facebook from this Friday, May 6, 2022.

The contestants who scaled through the meticulous screening process include Okechukwu Chiamaka Lovette, Ann Nankling Damar, Martins Asogwa, Emmanuel Elijah, Prince Macaulay-Smith, and Bobby Phillip Eze. Each of the contestants had a thing or two to say about their journey into the show and their expectations. However, there was one thing that resonated among them, and that was their gratitude for the platform given to them by Quickteller.

Quickteller remains a supporter of local talents and beyond. This can be seen in its support of the One Africa Music fest that has held in cities in Africa, North America, and the Middle East on an annual basis.

The brand continues to stay true to its goal of building the music ecosystem not only in Nigeria but in Africa as a whole.

To further expand on its support, Quickteller initiated the Quickteller Barz and Notes music show. Unlike any other show, participants of the show are assured of going home with a secure career in music, as seasoned players in the music business will be on hand to give hands-on guidance. What’s more, participants and viewers will get to see the inner workings of the music business, and some behind the scene footages of how hit songs are made.

Quickteller reiterated that the show was deliberately created to go against the usual setup of music talent shows. At the end of the show, every contestant will go home a winner. How? Well, the producers of the show have ensured that the six participants will produce, with assistance from music producers, an Extended Play (EP). The EP will be a collaborative effort of all six contestants, and the tracks on the EP will receive a massive push that will bolster the success of each talent on the show.

According to one of the contestants, the Quickteller Barz and Notes show is a “pacesetter” for all other talent hunt shows, and this characterises Quickteller as a brand: blazing trails and leaving in its wake a long line of successes.