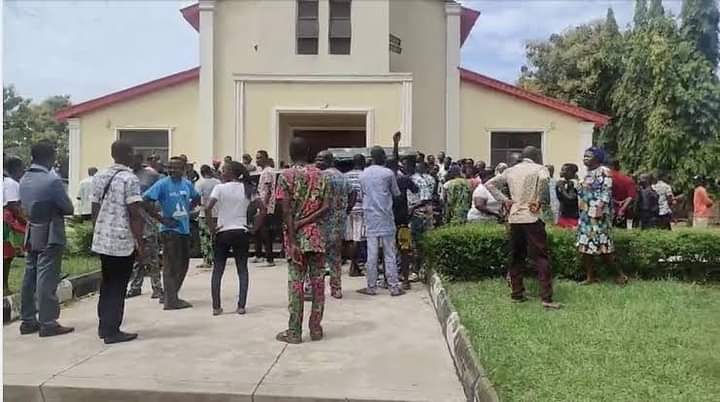 The palace of Olowo of Owo, Oba Ajibade Ogunoye has denied media reports claiming that terrorists who killed worshippers at the St Francis Catholic Church Owo on Sunday have been arrested.

This was just as the Police command in Ondo also said the claims that the killers had been arrested by men of the Nigerian Army and other security agencies arrested them and took to the palace on Thursday.

A video had surfaced online on Thursday where people trooped to the palace to see the arrested criminals.

But the palace denied any such thing happened.

The police also denied the reports.
The state Police Public Relations Officer, Mrs Funmilayo Odunlami, said the report was untrue, noting that nobody had been arrested in connection with the attack.