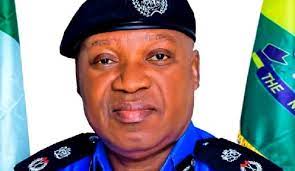 The Lagos State Police Command has arrested two suspected kidnappers, Favour Tochukwu and Ebenezer Chidiebere in a banking hall. They, allegedly, usually lure their victims to their houses while pretending to be legitimate buyers of goods.

One of the suspects, Tochukwu was nabbed when their latest victim raised an alarm inside the banking hall where he was taken to to withdraw money. The suspect was taken to the nearest police station while police operatives of the Commissioner of Police Special Squad were assigned to nab the fleeing accomplices.

They were able to track down Chidiebere who fled to Ikorodu when he realised that Tochukwu had been arrested. Both suspects have been charged to court while efforts are still on to nab the remaining suspects still on the run.

The victim told the police that on May 26, 2022, he was at a mechanic workshop where he met with Tochukwu. After exchanging pleasantries, he told Tochukwu that he wanted to sell his Lexus SUV.

They exchanged phone numbers and he left. On June 1, Tochukwu called and expressed interest in the car and asked the victim to bring the car to his (Tochukwu’s) house in Ikotun.

The victim said when he got there about 9.30pm, he was surrounded by five persons armed with axes who beat him up. He said they removed his clothes and forced him to dance while they recorded him. They later blindfolded him and asked him to pay N5 million ransom.

He said he pleaded with them to take the N250, 000 in his account. They later took him to an ATM point and to withdraw the money. But there were network issues which thwarted their efforts. They got angry and took him back to the house where his torture continued.

The next day, he said, he received an alert of some huge amount in his bank account. He pleaded with them to escort him to the nearest bank so that he would withdraw the money for them. Tochukwu took him to Access Bank in Ikotun while the others waited outside the bank.

He said as soon as he was given withdrawal slip, he wrote a message at the back alerting the cashier that he was held hostage by the man beside him. The cashier subsequently alerted the mobile policeman on duty and Tochukwu was immediately arrested.

Grateful to God for sparing his life, the victim said that the suspects would most probably have killed him since he knows the location of the house where he was abducted.

I had no plans to buy the car

A graduate from the University of Nigeria, Nsukka, Tochukwu told the police that he never had any plans to buy the car.  He said: “I am 29 years old, from Enugu State. After graduating from University of Nsukka, all efforts to get a job failed. I returned to Lagos where I was raised by my father. I started doing menial jobs to raise small cash. It was in the process of surviving that I met some young men in Ikotun and they initiated me into the Eiye confraternity.

“Normally we have access to weapons and those that are bad amongst us do go out to rob and do other crime. This was why the idea got into my head when I saw the victim. I have met him in the past at an event and I am also aware that he lives in Ikotun area. I saw him at a mechanic workshop in Ikotun and he told me that he wanted to sell his car. I collected his phone number and promised to help him get a buyer. I knew that I was not going to buy the car or get a buyer.

“I discussed with my friends and we decided to kidnap him and make quick money. I am living in my father’s house, and I have my own quarters which is not close to where my father stays. My father is disabled and he cannot even come to my house even if he heard anyone in distress crying.”

“On the agreed day, I called him and he requested for N1.2million. I agreed and asked him to bring the car to my house so that I could check if it is okay. I told him to come around nine in the night as that was the only time that I would be available to attend to him. He came around 9.30pm and immediately he stepped into the parlour, my friends grabbed him and started beating him up. We took his nude picture because I knew that he might identify me when we finally release him.

“Since he is aware that we have his pictures and video while he was dancing naked, he will never go to the police. We decided that he will take us to the bank to withdraw the money when we could not withdraw money from his account at the ATM point that night.

“I agreed to follow him to the bank because we had warned him that his nude video will be on social media if he alerts the police. This was why others stayed outside while I joined him in the bank. “I was counting the bundle of cash that the cashier gave me when I was arrested,” he stated.

Criminals are getting more dangerous and would go to any length to achieve their goals, we need to be more careful, watchful and prayerful.