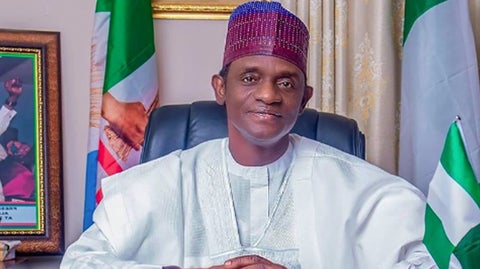 Buni, the former Chairman of the APC Caretaker Committee, described the Tinubu-Shettima combination as a victory ticket for the party.

He said the choice of Shettima will enrich the fortunes of the party with bright chances of victory in the 2023 general election.

“The combination of Tinubu and Shettima makes the party stronger to approach the Presidential election next year with a clear victory,” he said in a statement signed by spokesperson Mamman Mohammed.

Governor Buni said the APC candidates are people with bountiful wealth of experience in governance to make Nigeria great.

“Their administrative competence, skills and success stories have adequately prepared them for the leadership of the country.

“Nigeria has a lot to gain from the Tinubu/Shettima administration when elected into office,” he said.

The Governor advised that at this critical moment of a struggling global economy, Nigeria needs the excellent combination and experience of Tinubu and Shettima.

He charged the party to remain united and focused for a successful outing in 2023.

The Yobe state Governor noted that Tinubu and Shettima have great respect for all religions, making the Muslim-Muslim ticket more acceptable because, they are both religious tolerant, working and living with people from different faiths.
“With a population of over 40 million members, APC will by the grace of God win the 2023 elections fairly and squarely,” Buni said.