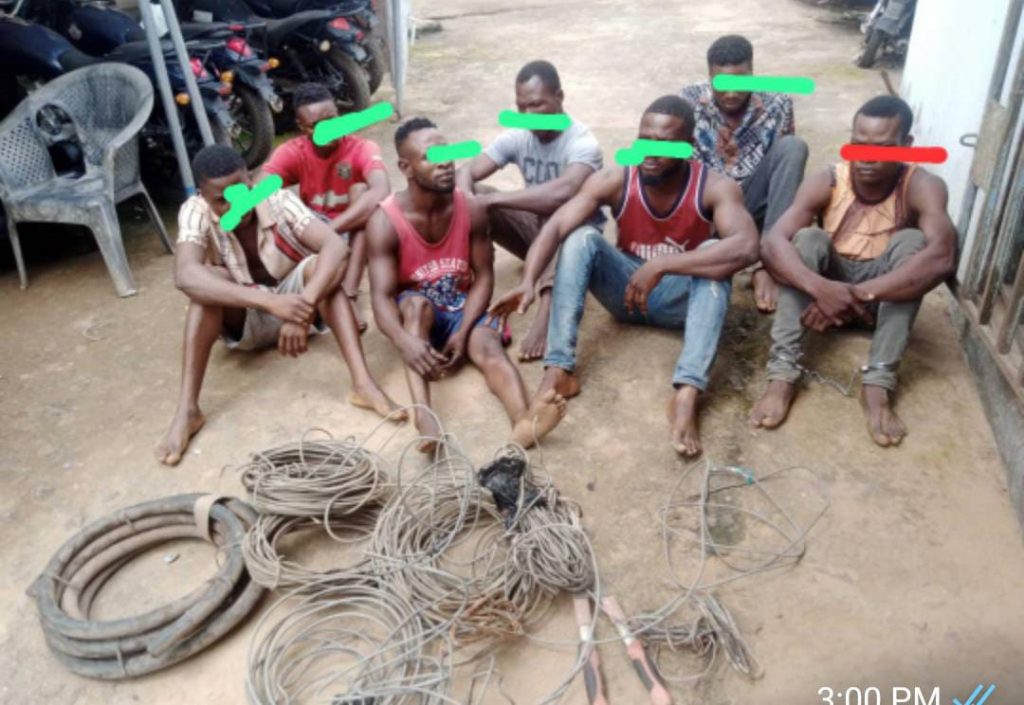 Following a credible information by residents of Obeledu town and it’s environs, men of Anambra State Command of Nigeria Security and Civil Defence Corps have arrested a seven-man syndicate terrorizing the community and specializes in vandalising electrical installations,stealing and dispossessing residents of their belongings.

Moved by the information, the newly deployed State Commandant, Mr. Isidore Chukwudi Chikere quickly acted and sent a combined team of Intelligence and Investigation operatives who stormed the area and rounded up the seven suspects:-

On interrogation, the suspects admitted to committing the crime and pleaded for mercy promising not to engage in such again.

Meanwhile, the State Commandant, Mr. Chikere, who appreciated his men for their timely response, has ordered for discreet investigation after which the suspects will be charged to court.

He therefore appealed to members of the public to assist the NSCDC and other security agencies in the State by giving them useful information that will assist in tracking down criminals within their areas.