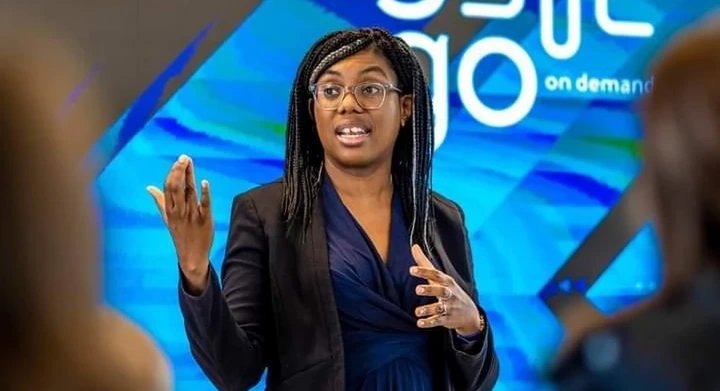 Badenoch is of Nigerian descent and represents Saffron Walden in the British parliament.

She is one of the aspirants who have signified interest to become the next UK Prime Minister following the resignation of Boris Johnson.

During an event to kick off her campaign for the top office on Tuesday, July 12, 2022, Badenoch told her British audience how Nigerian politicians prioritised selfish interests above national interest.

She noted that misrule and mismanagement of public funds by Nigerian politicians fueled her determination to succeed in Britain.

“I grew up in Nigeria and I saw firsthand when politicians are in it for themselves. When they use private money as their piggybanks, when they promise the earth and they pollute not just the earth, but the whole political atmosphere with their failure to serve others.”

“I came to Britain, determined to make my way in a country where hard work and honesty can take you anywhere.” she had said.

Meanwhile, reacting to Badenoch’s allegation, a Twitter user, Iyabo Awokoya tweeted that, “I am very angry this morning. Angry at the nonsense said by @KemiBadenoch the MP/Conservative Party UK in her declaration to run for office of PM. Ms Badenoch, you are of to a poor start. very tactless start in fact.

“How on earth is it okay for you to use Nigeria’s so-called misrule over the years -a reality we have been combating and doing better at, as your reason for vying for UK Prime Minister position. Ms. Are you vying for a position in Nigeria? Leave Nigeria out of it and discuss your UK issues.“

Responding to the tweet, Dabiri-Erewa said “I am just as angry. I second your thoughts here and will keep my comments for a later date.”

She spent her childhood in part in Lagos, Nigeria, and the US.

Badenoch studied Computer Systems Engineering at the University of Sussex, completing an MEng in 2003. She also studied law part-time at Birkbeck, University of London, and completed an LLB in 2009.