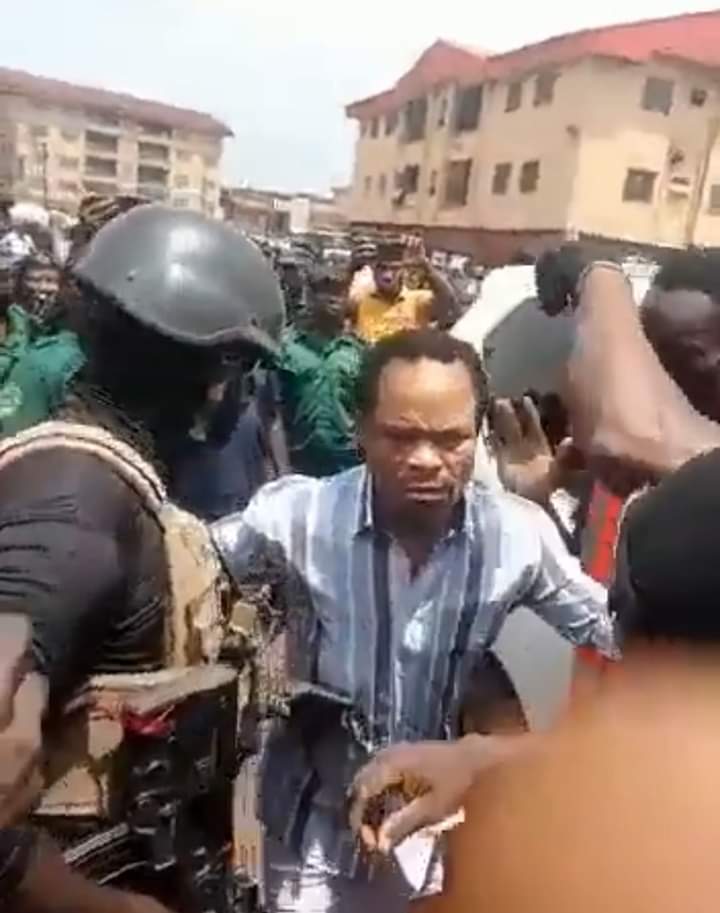 The General Overseer, Mountain of Holy Ghost Intervention Deliverance Ministry, Onitsha, Pastor Chukwuemeka Ohanaemere, popularly known as Odumeje, has reacted after the demolition of part of his church building by the Anambra State Government.

We had reported that a part of the security post of Odumeje’s Land of Freedom church was demolished, the state government saying that the structure encroached on a huge canal.

Members of the state task force stormed the location on Thursday, July 7, to enforce the demolition leading to a face-off between the pastor and some of the task force members.

A video showed how an overzealous task force member assaulted Odumeje who was trying to resist the demolition, a development that Governor Charles Soludo has condemned.

Reacting to the public outcry that greeted the incident, Soludo on July 9, assured that the officers involved in the incident would be fished out and sanctioned.He also noted that Odumeje would bear the cost of the demolition since he had received warnings from the government to take out the structure but refused.

But Odumeje took to the official Facebook page of the church to react to the demolition, posting a video of himself in a car, and dancing to a tune in Igbo, which is loosely interpreted to mean, “The children of God, the good ones are in America, Europe, China, Asia, South Africa, Malaysia, Indonesia.