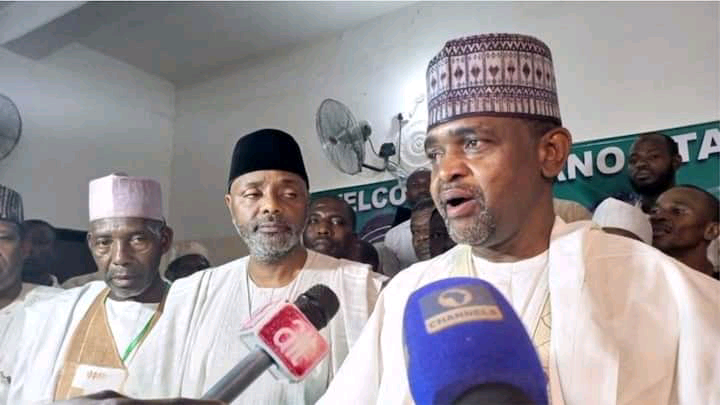 The independent national electoral commission (INEC) has finally issued its final decision on who will be the gubernatorial candidate of the Peoples Democratic Party (PDP) in Kano state.

According to a report by the Daily Trust newspaper, the electoral body has pasted the name of Sadiq Wali as the rightful gubernatorial of the opposition party ahead of Alhaji Muhammad Abacha, son of late military head of state, General Sani Abacha.

Recall that in May, Alhaji Muhammad Abacha, son of former military leader, Sani Abacha, was elected as the PDP governorship candidate.

Legit.ng reported that another parallel primary election was said to have been held in the state within the same week which produced the sons of former Minister of Foreign Affairs, Ambassador Aminu Wali.

As reported by the newspaper, the Resident Electoral Commissioner (REC) in the state, Professor Riskuwa Shehu, told journalists on June 30 that the commission monitored only the primaries conducted by the Shehu Wada Sagagi-led state executive who produced Abacha as its governorship candidate.

Contrastingly, the new list released by the electoral body has contained the name of Wali and his running mate Yusuf Dambatta.