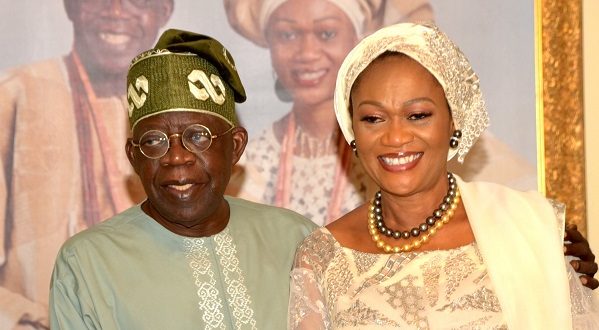 If you plan to vote for Asiwaju Bola Ahmed Tinubu in the 2023 Presidential election because he is a Yoruba man like you, it means, you are getting it completely wrong because we are projecting him based on his monumental achievements when he was the Executive Governor of Lagos State for Eight years running, taking Lagos State robust economy and water tight security network of the African Center of Excellence into consideration.

Without mincing a word, these are Two major problems confronting this Country for decades. Improved economy will reduce our debt profile, makes us self sufficient, attracts foreign and local investments, increases National income and provides jobs for millions of unemployed hands.

We challenge any other notable Presidential Candidate of any visible Political Party, to show us their own model of accessement. Therefore, we must not be deceived by anyone again, Vote Tinubu 2023, is the only way out of Nigeria’s myriad of woes.

On the issue of the last Saturday Gubernatorial election in Osun State, it is crystal clear even to the unborn generation that the internal wrangling within the ruling All Progressives’ Congress (APC) contributed to the historic loss of election and this was later confirmed by the National Chairman of the Party, Senator Abdullahi Adamu, himself, contrary to the PDP claim of rejection of APC in the State. So, the case is best described as APC voted against APC. “When Two Brothers fight to death, enemy inherits their father’s wealth”. Therefore, People’s Democratic Party (PDP), National Headquarters, through its most reliable Spokesperson but without clear thinking, goofed completely.

For your information, Asiwaju Bola Ahmed Tinubu had moved on since last Saturday’s election and has been holding different meetings with various interest Groups in and outside Abuja only towards realisation of his life long dream on 2023 Presidential election. Today, we are also sure that he is in the numerous meetings with various delegations of different Groups even as at the time you were doing your ill – fated Press Conference to rubbish his noble mission in Abuja, thinking it is best approach to 2023 Presidential election. Remember that President Muhammadu Buhari, GCFR, congratulated the Osun State Governor – Elect, Senator Ademola Adeleke, immediately the Independent National Electoral Commission (INEC) announced him as winner of the election, which Abuja stakeholders are you still referring to outside Mr President please?

About the presence of fake Clergymen at the Unveiling of Senator Kashim Shettima as Running mate to Asiwaju Bola Ahmed Tinubu last Wednesday inside the Shehu Musa Yar’adua Centre, Abuja, we issued a Press Release yesterday, and you can just google it if you are still very busy to pay requisite attention as National Publicity Secretary of your Party, titled, “tagging Bishops at Kashim Shettima Unveiling fake is in bad faith, unwarranted distraction: Genesis And Refutation” that had addressed it and laid the argument to rest for life but you have again disappointed us as mouthpiece of once upon a time, the largest Political Party in Nigeria, which invested $16 Billion to procure darkness for Nigeria and greedily precipitated the entire Nation into blackout, which President Muhammadu Buhari, GCFR, administration is still struggling to come out from. “Easy to destroy but difficult to rebuild”. This is the similar way your Conservative Party, PDP, had destroyed every fibre of Nigerian economy leaving nothing in the treasury for the succesful Government. This is the main reason for continous borrowing to survive the budget of every year. If I were you, I will make sure our Opposition Party gets these fake Bishops arrested in time for us to jointly nail our Enemy in the 2023 Presidential election rather than wasting our efforts on the Press Conference. Very simple way to electoral victory?

For the above mentioned PDP Government sin against its fatherland and many more, including calling a Press Conference to make a spurious allegation, which can not be substanted against the personality of Asiwaju Bola Ahmed Tinubu, may God Almighty forgive all of you, including your Presidential Candidate, Alhaji Atiku Abubakar