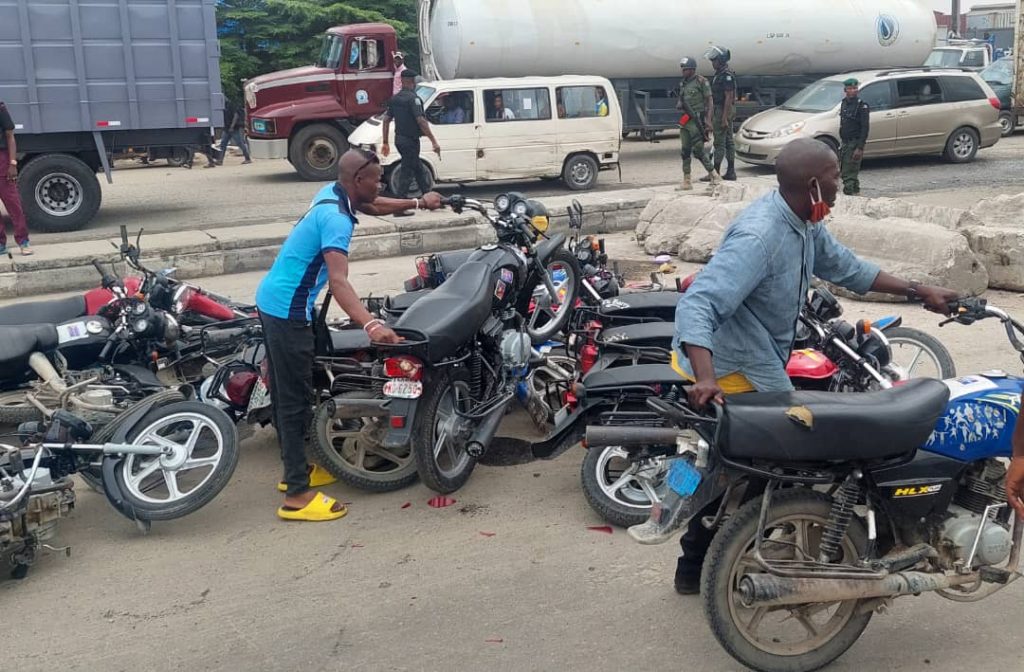 The attention of the Lagos State Taskforce has been drawn to a purpotted claim making rounds that the officials of the Agency were involved in a shoot out at Second Rainbow Bus Stop in Amuwo Odofin during an enforcement for compliance exercise yesterday targeted at Okada operators which left one unidentified person dead.

The Chairman of the Agency, CSP Shola Jejeloye who led the operation yesterday disclosed that there is no iota of truth in the report and that the operation carried out yesterday was smooth and seamless up to the point when the team left the scene.

“Activities of the Lagos State Taskforce are carried out with the highest degree of civility and caution because we are dealing with human lives in our operations. We have been to Second Rainbow more than three times this year to carry out enforcement operations and have never recorded any injuries, talk more of loss of life. There was no provocation at all during yesterday’s exercise so the claim that we fired live ammunition at Okada operators is completely false”.

CSP Shola Jejeloye further stated that though Enforcement operations are not people friendly, the Agency still makes sure that human lives and property are preserved during traffic enforcement activities as traffic offense is not a criminal offense.

“It is better to let 20 guilty traffic offenders escape than let one innocent individual lose his life and that is how we operate. I addressed my officers and men last week on the high level of compliance towards the ban on okada operators across the State, there is no need for us to fire live rounds at harmless okada operators. If things get heated up, the maximum action we can take is to fire teargas canisters into the air to disperse them. Firing live rounds is excessive and was not from any member of the Agency. According to an eye witness, The stray bullet might have come from other security operatives (not Lagos State Taskforce)who ran into the mob after we had left” Jejeloye stated.

The Chairman promised to carry on with his operations to ensure that the State remains safe, clean and habitable for all.