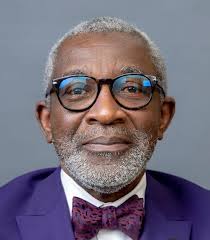 It all started with my desperate need to renew my passport very quickly because of my frequent trips and inability to leave my passport invalid for any period. So, I thought I will need to get some help to make this happen. I went straight to the very top of the passport issuing system, the Honourable Minister of the Interior, Ogbeni Rauf Aregbesola and was about to tell him my desperate story, when he said “Foluso, please just follow the system, go online and apply and if it is not working for you, then get back to me and we will find out why.”

Did I have a choice? Of course not, I had just spoken to Mr Passport himself. Follow the system he had said, so I did and what a surprise!!

First, I thought to test the portal so I could brace myself for what I perceived was going to be a major data entry battle, but lo and behold, what started as a trial became a reality. I could not stop. Moving from one entry to another on my phone, I completed this form very easily…name, address, old passport number, National Identity Number, etc and before I knew it, I was asked to select a date from the calendar for my appointment in Shagamu (for finger printing and photograph) as advised.

Guess what, the very next day was available. I booked it and the payment option showed up and with my card out, I paid in literally seconds and out came my payment receipt, appointment slip, confirmation of data entered etc and I was done. I could not believe it. I was compelled to call the Honourable Minister to say, “It worked”. I could hear his unspoken response “Of course it worked” and shared my delight that I had an appointment the next day in Shagamu for 12 noon.

I got to Shagamu at 11:45 am, braced and ready for hassle, but was pleasantly surprised to find that the sleepy town of Shagamu at that time in the morning was what I also found at the passport Office. It was quiet and orderly. There was a process. I was received along with others who had also just arrived. My time for appointment was confirmed, documents checked for completeness (old passport, appointment slip, 2 passport photographs and NIN print out as instructed on the portal).

“Follow me sir” and I went into another section and within 20 minutes of sitting down was invited to take my fingerprints and photograph. A few minutes after that, I was given a slip to pick up my passport on Tuesday “next week”. This was on Thursday, and I was asked to come back 5 days later. I had to reconfirm the exact Tuesday and was reassured it was not an error – yes next Tuesday. Good people, I got my passport today – the Tuesday as promised.

Let’s analyse this. I must admit I got some help – my grey hair and grey beard gave me “old age privilege”, which fast tracked my data capture along with a priest and his elderly wife. You know that it is a Yoruba thing, to step aside for “agbalagbas” (older people).

Apart from that, I just followed the system. I was assured that only the number of people to be processed each day are invited and the collection date never fails. The elderly Priest was just leaving with his passport when I got there. Apparently if you are over 70, you do not have to collect your passport personally (I am still working on that 70 part).

I must give kudos to the Minister of the Interior and his team, the IT guys who structured this efficient digitisation process and the Immigration crew at the passport office, who displayed such sense of service and help to people around. It was not rowdy in the least, and you have no business coming there if you have not got an appointment slip because the system will not just let you in.

The beauty of this rapid digitisation that is going on in different parts of our government and civil service is that people cannot buck the system. You will be wasting your money paying anyone to “help” you in the passport office to fast track your passport because the system cannot be rushed beyond its digital commitment.

For those who claim they are helping, they are only looking into what the system says it’s going to do and making you pay for that information – they do not make it any faster. If they do, the system screams and highlights these exceptions, which somebody had better be ready to explain.

My good people, honestly, trust the system, certainly at the passport office. Whilst, sharing my Shagamu experience with the boys at the club on Friday, another colleague confirmed that he got his passport from the Abeokuta Passport Office within two days of submission!! I guess the weekend interfered with my timing.

However, Lagos is a different issue. Its overcrowded, pushed beyond its capacity and frustrating at the best of times. Maybe, Lagos should have about three centres, just to bring a bit of sanity and even appreciation of the efforts of the Passport processing office.

If you want to get your passport quickly, try Shagamu or Abeokuta for a start. I believe there are many other centres around the country. I am told the printing is done at certain regional points. Passports are printed in each hub on the same day every week for each collection centre. This makes weekly deliveries and commitments certain.

Honourable Minister Aregbesola, thank you for doing a great job and showing that we can sort ourselves out if we focus on a process that stops people from bucking the system. Of course, we will have rogue elements, but certainly not as a norm. Well done.

Good people, go get your passport if you must. It’s not a hassle. It certainly was not for me.

Foluso Phillips is the Chairman of Phillips Consulting Group