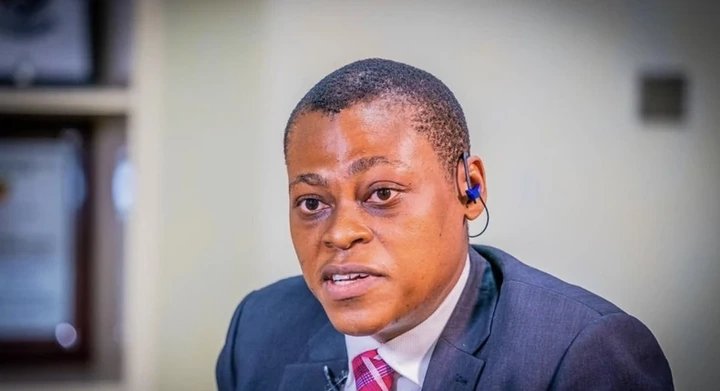 The Chief Press Secretary to Lagos State Governor describes Rufai as a lawbreaker.

What Happened: Rufai had earlier in a Twitter post on Monday, August 1, 2022, alleged that a police officer pointed a gun at him while trying to enforce a traffic infraction.

He said he offered to pay for the infraction but “the police was hell-bent on forcefully collecting my keys and pointing a gun at me.”

He tweeted: “A Nigerian police officer pointed a gun at me and forcefully took my keys and drove my car off, because he wanted to enforce a traffic infraction.”

Lagos Govt Reaction: Reacting to Oseni’s tweet, the Chief Press Secretary to Lagos State Governor, Gboyega Akosile described the broadcast journalist as a lawbreaker saying he (Rufai) had already admitted his offence to the police.

He added that Rufai would face the necessary penalty.

Akosile tweeted: “Thank you Rufai, while the @PoliceNG deal with the police officer in their own way, we’d ensure that necessary action is taken against you for driving on BRT lane as you’ve admitted to the police. You’re a lawbreaker and you should face the necessary penalties”.

But Rufai in another tweet replied Akosile saying he did not deliberately break the law. He said he would not have passed the BRT lane if other drivers had not used the lane.

“I am not a lawbreaker I saw cars pass through the Supposed BRT lane and they were not stopped all of a sudden I was stopped and told I used the bus lane. If I didn’t see other cars I will not go through, plus I want conversant if the road. In fact, after I was stopped three cars also”, he tweeted.

He, however, added that the officer that pointed a gun at him would be sanctioned if Oseni’s claim is true.

Hundeyin said, “Rufai, let’s not do this. You admitted to me that you passed a BRT lane. It’s against the law. Your claim that google maps took you there is not tenable. You disobeyed and resisted the officers. We’ll sanction the officer who misused firearm if proven”.

Arise TV is owned by Nduka Obaigbena, the publisher of ThisDay newspaper. It is believed that the TV station is critical of the administration of Babatunde Sanwo-Olu‘s administration in Lagos.