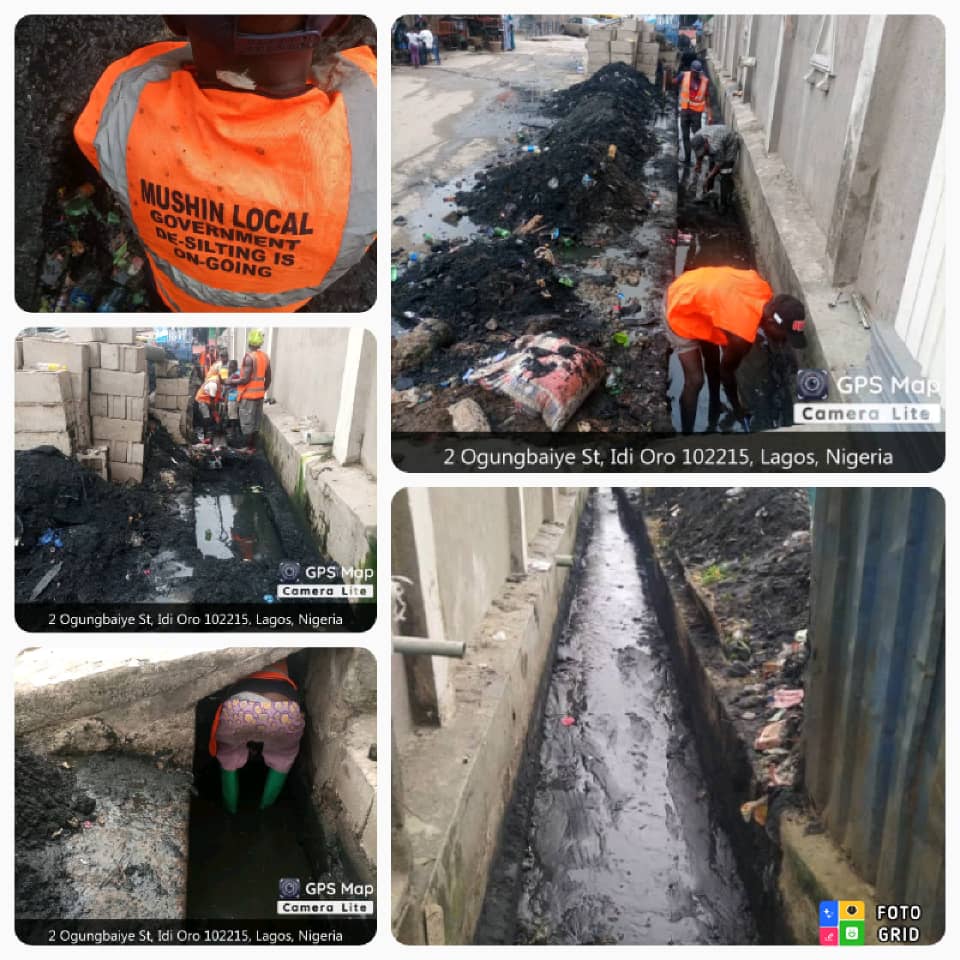 Sequel to his determination to get rid of drainage flow impediments which is the major cause of flooding in Mushin, its Executive Chairman, Hon. Emmanuel Bamigboye, has directed his environmental team to extend the de-silting of drainage channels to more streets in the Local Government.

The team which is presently working within ,Ward E axis, has de-silted the drainage channels in Ogungbaiye street, Martins street, Erikitola street and other streets, in accordance with the directives of the council’sby mayor.

Members of the team are still working around the axis to ensure that all the collectors linking system 6C (LUTH-Babalola-Kekereowo-Onitire-Cele express), are free for water passage in order to prevent flood around LUTH road and Martins street.

The environmental team had been able to discharge the culvert by Ansar Ud Deen Mosque at Ogungbaiye junction on LUTH road, which is the collector from that axis, linking all the adjoining streets like Onifade street, Akodu street, Cardoso street and Apesin street, to join Martins and carry waste water through either the first collector (Abeokuta street to Labinjo street towards Agege motor road) or second collector (Erikitola street to Eko Boys High School axis to Folami street to Idi Oro market to Olumba-Olumba church in Akobi crescent), to link the system 6C, for onward carriage into the main canal on the Apapa/Oshodi express.

Once all the drainage channels mentioned have been discharged, for free flow of waste water, flooding, which is the major threat and cause of road corrosion and potholes along Agege motor road, will be a thing of the past.

However, if residents around these streets continue to dump refuse in their drainage channels and gutters, all the efforts of government towards preventing flood disasters and outbreak of diseases, will be an exercise in futility.

Let’s keep enlightening our people, especially those in market areas, to stop dumping refuse and wastes in the drainage and patronise government registered PSP operators in their areas.

The success of every government depends on the cooperation of its citizens. Let’s join hands with the government to make .Mushin clean and habitable for all.