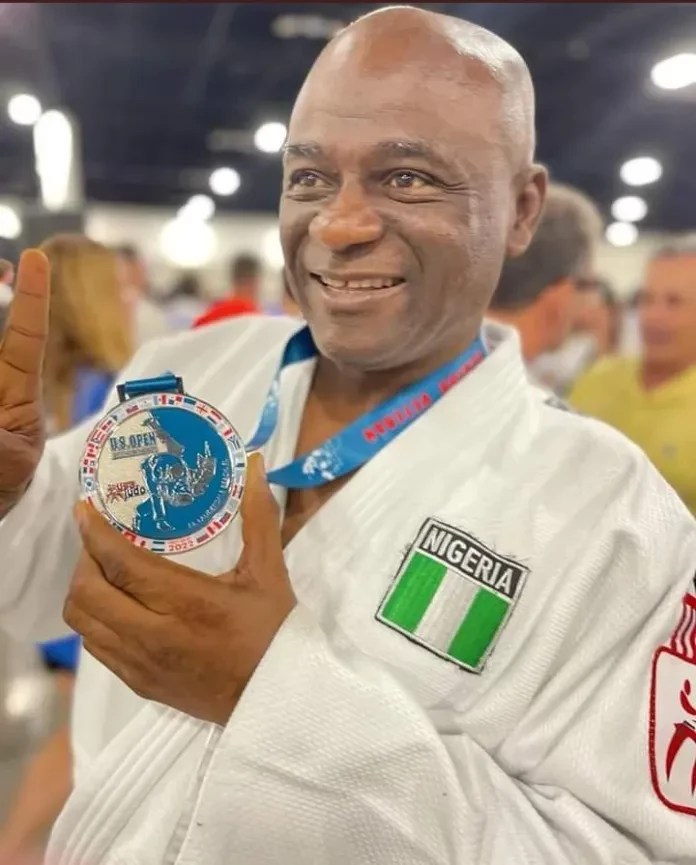 The Commander of the Police’s Intelligence Response Team, Tunji Disu, has won a silver medal at the US Open Judo Championships held in the United States.

Disu won the medal in the Veteran Judo Fighter category on Sunday, July 31, during the 33rd US Open Judo Championships held in the United States.

He saw off competition from other Judokas, most especially world number One, Woods Glen of the United States to achieve the feat.

The Super-Cop who heads the renowned crime-bursting department, Intelligence Response Team (IRT) has been active in Judo over the years, despite his tight engagement