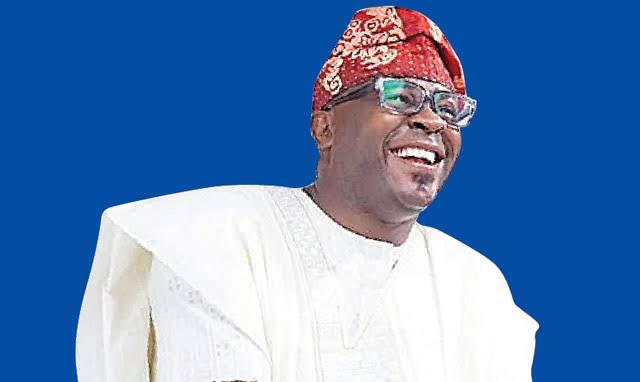 The Chairman of Lagos State Labour Party (LP), Comrade Kayode Ezekiel Salako, has called on President Muhammadu Buhari, the Inspector General of Police and other relevant security agencies to call Lagos State APC to order over incessant harassment of Labour Party in the state.
Salako made this call on Tuesday at a press conference to unveil the 24-man Executive Committee of Labour Party in Lagos State.

According to him, APC doesn’t have monopoly of political operations in the state and this is to appeal to them to allow us free playing ground to run our campaigns and affairs under the dictates of the law in the state.

“We have been receiving treats and warning messages that we will not be allowed to operate in the state, and that Lagos State is an APC state, so no other political party would be allowed to run campaigns in the state.

I hereby appeal to the President to intervene to allow us access to unhindered operations in Lagos state, as Nigeria is a democratic state and LP has the right to operate anywhere across the country just like other political parties.

Salako also reminded the ruling party in the state, not to forget that the state was also an apposition state in the country for a long time, before winning the general elections of 2014, and PDP throughout its 16 years long rule, did not hinder, or stop them from operating in the country.

Presenting the excos to the media, Salako noted that the mission of Labour Party in the State is to rebrand the party for social appeal, prominence and wider national acceptance, and more importantly to form the next government in the State, and by extension, work assiduously to galvanize bandwagon of support to emancipate Nigerians, who are already weary with the untold hardship, frustration and insecurity in the country, by taking over government at the centre when LP candidate, Mr. Peter Obi wins the presidential election come February, 2023.

‘Nigerians are sure, tired and angry about the way and manner their country, is being plunged more and more into miserable state, by the governing ineptitude of the two dominant political parties in the country, so they have made up their minds to vote for my party, the Labour Party in 2023.

That is the only viable and assuring third force option Nigerians have right now. If they failed to vote out the APC in 2023, then they would continue suffer in Nigeria’.

He further opined that there’s not faction of LP in Lagos, that the 24-man exco led by him is the authentic, constitutionally and legally constituted executive committee by the national body led by national chairman, Julius Abure and general secretary, Alhaji Umar Faruk Ibrahim. “There is no faction of Lagos State Labour Party, any other faction; group or system doesn’t have recognition of Labour Party.

This ‘Team Lagos’ is a 24-man dully constituted executive committee by the national body, and the only reason a faction can exist is if the party does not have a constituted national body’, he said.

“The grace of God has come down upon LP, through our Presidential candidate, Mr. Peter Obi, who has the mandate to reengineer the affairs of this country and reposition it for economic prosperity and security stability.

“In February next year, as the chief OBI-dient Nigerian, I will be useful to Nigeria with my PVC.

Be sure to use your PVC wisely, because we cannot continue to dwell in this leadership ineptitude and carefree attitude to governance and plight of the Nigerian masses.” He said