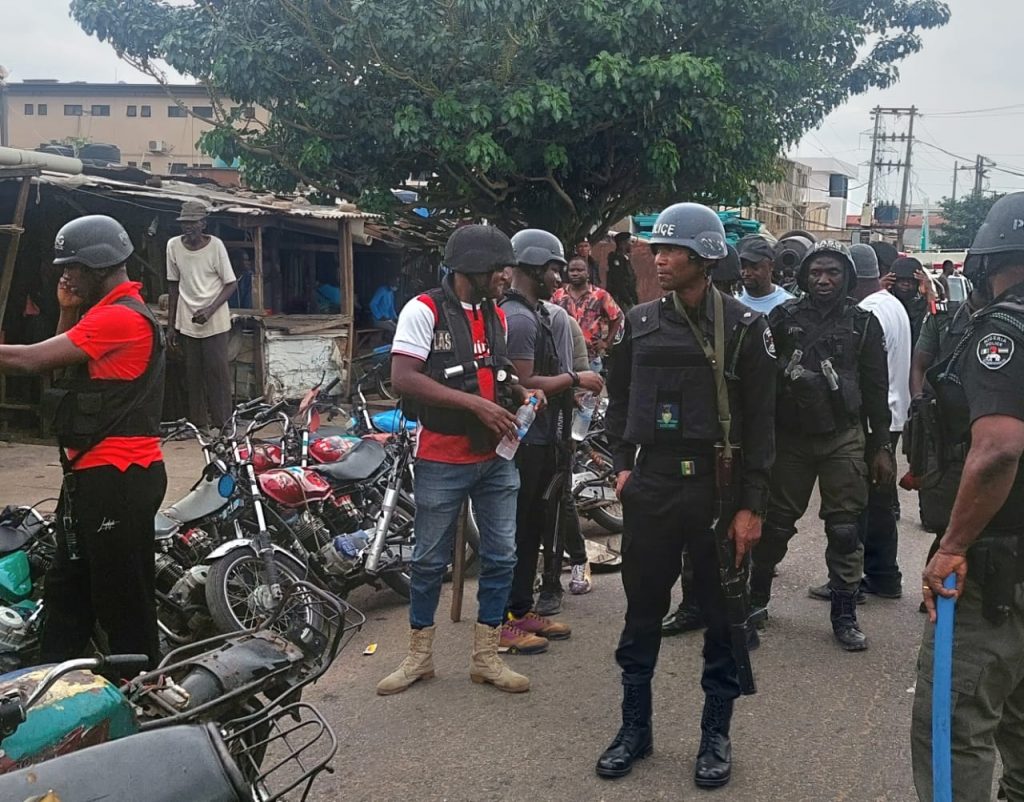 The Lagos State Taskforce has carried out numerous raids which has spanned up to a week in various parts of the State in order to enforce and maintain the ban on the activities of commercial motorcycles plying Major Highways across the State and also in six Local Governments Areas and nine Local Council Development Areas as stipulated by Mr Governor.

The enforcement exercises which were spear headed by the Chairman of the Agency, CSP Shola Jejeloye took place in Agege/Fagba, Apapa and Ajah where pockets of activities relating to the operations of okada had been seen and brought to the notice of the Agency which prompted the raids.

Speaking on the incidents, he described the activities of these recalcitrant okada operators as rebellious and vowed to ensure that every single one of them, though few, would have their bikes confiscated and crushed by the State Government if they fail to adhere to the ban on their operations.

“We have carried out these marathon raids across the State because sightings have been made of pockets of okada operations in some of these areas visited, mostly in the evenings and during the day in order to ensure that the ban on their activities is completely achieved”

Jejeloye further stated that a total number of 322 bikes have been seized since the commencement of the week long raid in the aforementioned areas of the State and assured the citizenry that more will be done till the State’s Vision of maintaining safety and sanity on our roads is completely achieved.

“More raids will be carried out in the coming days and we will ensure that we hit them in their strong holds and cripple their activities. No commercial bike operator violating the State’s Traffic Laws will be spared till total compliance is attained” he stated.

CSP Jejeloye reminded Lagosians who may still be in the habit of patronizing  okada operators to desist forthwith in order not to be arrested and prosecuted. Both passengers and riders are culpable if found operating on restricted routes that have been banned by the State Government and both face a penalty of either three months jail term, 50,000 Naira fine by the court, or both if found guilty. He enjoined them to embrace alternative means of transportation which are safer, more presentable and in line with the State’s vision of top metropolitan cities in the world.