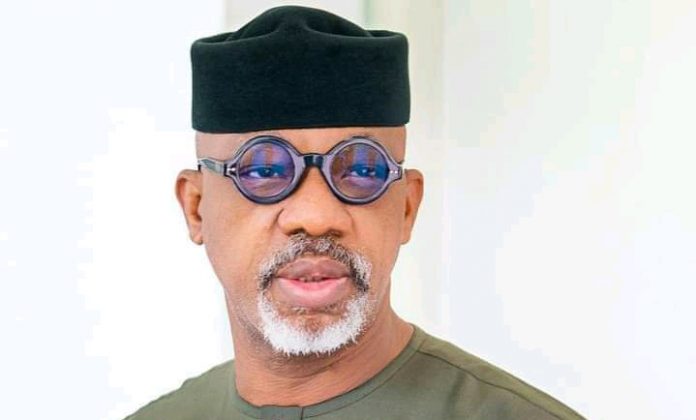 Inept, invisible, impotent, inert, indolent, inefficacious, indifferent and incompetent. One or more of the preceding adjectives could/should apply to any or all of the four governors of Ogun State in the last 23 years. In the inglorious line-up are Olusegun Osoba (1999-2003), Gbenga Daniel (2003-2011), Ibikunle Amosun (2011-2019) and Dapo Abiodun (2019-). I am eligible, I believe, to speak for the residents of the numerous communities of the state on the Lagos-Ogun boundary.

I lived joylessly for nine years in Lambe, one of those communities, and had reasons to visit many others. The adjectives in the opening sentence are what any sentient resident of Ojodu Abiodun, Alagbole, Akute, Lambe, Giwa/Oke-Aro, Agbado, Ope-Ilu, Adiyan, Matogun, Ijoko, Mowe, Ibafo, Ota and others would have no hesitation in using to describe the governors and those allegedly representing them. By 2024, the residents would have spent a quarter of a century without receiving any dividend on their democratic investments in any of these governors, council chairmen or legislators at any level. None at all.

Zero public water supply, hovel-like health facilities and manger-like schools are all they have. They have been condemned to provide alternatives via privately-sunk boreholes, private hospitals and schools. What is way beyond them are roads, of which there is not a single motorable one. Not one, I repeat. The Buba Marwa Road between Iju in Lagos State and Giwa in Ogun State has not received any attention since it was built in the mid-90s by the Lagos State government under Brigadier-General Mohammed Buba Marwa.

For context, the nearest Ogun State Fire Service station to Akute is in Ota, a distance of 24 kilometres on roads that seemed to have been bombed in a war or chewed up by the equipment driven by utter maniacs. Should there be a major fire incident, the length of the travel time would discourage even the most committed firefighters, leaving the fire to lick everything in its path. No need to talk about health emergencies.

A magazine editor friend of mine lived in Ijoko for years until he could take it no more. He left to build another house in Matogun, where he currently lives. Matogun is next to Lambe and a tad more depressed. Yet, when he came, he said his new place is Ikoyi compared to where he lived. He told me a frightening story.

One day, he said, he finished production at about 10.30 pm and started his long drive home from his office in Oregun, Lagos. Mid-trip, it started raining, a sign of trouble on roads better not travelled. About three kilometres to his house, his car got stuck in a muddy part of the road. Alone in a place noted for its frequent robbery attacks, trekking was the only option at that time of the day. He was aware that he could be easy picking for even the least daring of robbers.

So, he took off his shirt, folded it and put it on his head to come across as deranged as to make himself an unappealing target. Left in his car were his laptop, office bag and other personal effects. He kept walking home. As he approached his street, with unrelenting rain pelting him, he was sighted from a distance by neighbourhood security men.

They flashed lights at him. Seeing he was topless and alone, they took him for a stray loony (exactly what he wanted) and did not bother about him until he got close and was stopped. “Daddy XYZ, what is the matter?” they asked. He told them his story. That was the day he decided he had to leave. Not many are that lucky. Without funds to build or rent elsewhere, they are serving a life sentence with hard labour.

It is the continuation of this grotesque experience and worse that Governor Abiodun wants for the people of those communities. Since becoming the governor in 2015, he neither visited the areas nor spoke, even in passing, about the dreary lives of the residents, until a few weeks ago when Sango-Ota residents protested the supremely lamentable state of roads in their community. The only drawable inference from his visit and promise to provide succour is that those communities are nothing more than vote baskets, useful only when elections approach. They are like a buffet table where you go to “serve yourself” and disappear to Abeokuta till when next votes are needed.

Abiodun has acted like the 32-kilometre road from Ojodu to Ota, started by Amosun, has been completed. When the construction started under the Amosun administration, buildings, including for residential and commercial purposes, were demolished to make way. A woman I knew lost 52 of the 120 shops in her shopping complex. She told me she was offered N1.5 million as compensation, which she deemed too meagre to expend energy on. Others made similar or bigger sacrifices. Yet, they do not have a road and their lives remain miserable to date.

Amosun lied that he would complete the road if he got a second term. He was voted for and that was the end. Why should Abiodun’s promise to provide succour be believed, given that he has acted blind, deaf and dumb until now? He is desperate for votes which, if he gets, will be a munificent reward for his insensitivity. He has ordered, in some communities, the start of palliative road repairs marked by the dumping of huge stones that will not be compacted. What those will do to tyres and suspensions of vehicles is what the roads in the communities always have done: Destroy them.

Private school owners, who run bus services in the communities, need to be asked how they are coping. In addition to ruining vehicles, the poor roads have wrecked property investments, and obliterated chances of profits from leisure facilities like event halls, hotels and bars; supermarkets, beauty parlours, et al. These are potential sources of employment and, of course, revenue for the government.

An older friend of mine (now deceased) built five houses in Lambe. He resided in one. His hope when the building was that the community would receive government attention in terms of infrastructure because of the number of people moving in. After 14 years, he relocated to a rented apartment in Agege, Lagos, and decided to sell up. All the offers received were comical. He sold none till he died last year. Numerous other homeowners have either left for rented apartments or acquired new homes, leaving their buildings to tenants who pay “attractive” rents of N150,000 for superbly built three-bedroom flats and N300,000 for detached duplexes. No prizes for guessing why.

I moved to Lambe in 2007 and left in 2016. All through that time, I became convinced-and remained so that the people mistook arsonists for firefighters.

All the governors, including the current one, and representatives do not give a toss about them. It will take a mighty effort to get relief, but it has to start now.

The starting point, now that elections are close, is conditioning family, friends and acquaintances to see those who have neglected them as mortal enemies. It cannot be otherwise. The conditioning should be mercilessly strident, to ensure that those who have treated them shabbily are voted out, preferably into oblivion.

Calumny? Nothing wrong with making those who served calumny fed the same. I have seen some argue, not exactly without justification, that palliative measures are the only things possible at this time because of the rains. But that ignores the fact that it has not rained non-stop since Abiodun became governor. Palliative measures are no solution.