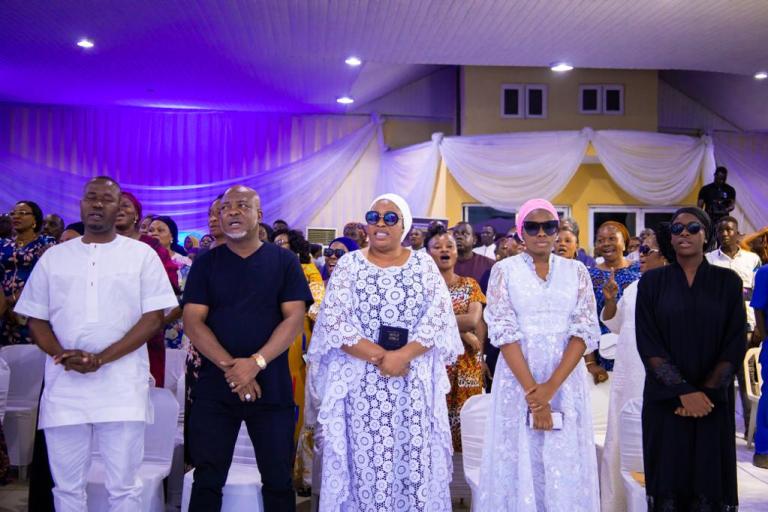 Choir of The Christ Anglican Church, Oworonshoki, Lagos led mourners and guests at the service with the hymn; “Rock of Ages Cleft for Me,” which was followed by lesson reading from Psalm 90 in the Holy Bible.

Rev. Canon Garba Ibrahim Rika led other clergymen at the service, while the opening prayer was said by Evangelist Uzoechina Ibeagwa.

Testifying to the good deeds of the late Akeem Olushola Kadiri, one of his childhood friends, Mr Odejayi Olanrewaju, popularly known as ‘Apase’ said that Akeem was a brilliant and neat guy when they were in school at CMS Grammar School, Lagos.

Apase disclosed that he never planned to travel out of this country, but that the deceased got him an international passport.

Odejayi revealed that if Akeem bought a new car, he would tell him to buy same.

He said further that they did many things together, and described his death as a great shock, adding that he never thought he would write a tribute for the deceased so soon, and prayed that God would be with the family he left behind.

Also testifying, a daughter of the deceased, Olamide, known as his approved girlfriend, she said that her dad wanted her to wear her uniform always.

Describing the personality of the deceased, another friend, identified as Segun Oladapo Oscar, who could not hold back his tears, said that Kadiri was there for him, when he had nothing.

He said that, when his former landlord chased him out of his apartment, he ran to Kadiri, who he said gave him an apartment, where he lived and also got an international passport for him.

“As if that was not enough, the kind hearted Kadiri personally bought a nomination form for me, which I used to contest an election and I won,” he said.

Oscar said that the late Kadiri was a good man, an icon, a gem, and a very respectful person, who he said won the hearts of many people, who came across him when he was alive.

Funeral service for the late Akeem Olushola Kadiri comes up on Friday August 12, 2022 at Christ the Light Church, Alausa at 10 am.

His remains will be committed to mother earth at a private cemetery in Atan Lagos, and the event would be attended by only the family members of the deceased, who was survived by wife, children and aged parents