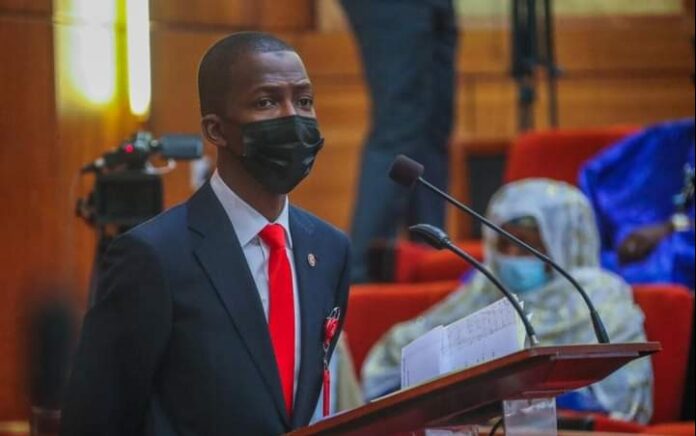 The EFCC has indicted two officials of the Federal Ministry of Justice for allegedly receiving bribes to smuggle the name of a jailed banker, Francis Atuche, into the list of convicts recently granted pardon by President Muhammadu Buhari.

The two indicted officers, according to an EFCC’s report seen by PREMIUM TIMES on Wednesday served in the secretariat of the Presidential Advisory Committee on Prerogative of Mercy (PACPM).

One other yet-to-be verified person, who allegedly paid the bribe on behalf of Mr Atuche, is being tracked by the EFCC, according to the commission’s report.

The 12-member PACPM headed by the Attorney-General of the Federation and Minister of Justice, Abubakar Malami, had recommended 162 convicted persons for pardon and other forms of clemency in a list sent to Mr Buhari and the Council of State on 14 April.

It was reported how the Council of State approved pardon for 159 of the recommended persons in April. The names of three others were rejected.

One of the three rejected names was Mr Atuche, the former Managing Director of Bank PHB, who was, in June 2021, sentenced to six years in prison for stealing the bank’s N27 billion.

However, Mr Malami, on 6 June, sent a petition to the EFCC alleging that the PACPM’s final report was “doctored/tampered with” to include Mr Atuche’s name.

According to the AGF, whose petition presented “a case of conspiracy, abuse of office and corruption”, pointed an accusing finger at the PACPM secretariat.

He explained that the PACPM’s list, which was finalised in November 2021, was referred to the secretariat for production and onward transmission to President Buhari and the Council of State for consideration and ratification.

EFCC subsequently arrested and interrogated some of the members of the PACPM, the PACPM secretariat and the ACJRD.

How bribery was carried out

A source at the EFCC who pleaded anonymity because he was not authorised to speak on the matter, told PREMIUM TIMES that “investigation into the smuggling” of Mr Atuche’s name into the list of the “Presidential Advisory Committee on Prerogative of Mercy has been concluded.”

PREMIUM TIMES obtained a copy of EFCC’s report addressed to Mr Malami indicting the head of the PACPM secretariat, Mr Fan, and another member of the secretariat, Mr Marinus, as colluding to include Mr Atuche’s name in the PACPM’s list.

According to the findings of the anti-graft agency Mr Mrinus received money from Mr Fan and the yet-to-be-known agent of Mr Atuche. The amount of money that allegedly exchanged hands in the bribery scam was not given.

“Investigation, so far, has revealed that Emmanuel Ishaku Fan conspired with Lawrence Marinus to include the name of Francis Atuche in the final report of PACPM submitted to Mr President and the Council of State for consideration and ratification.

The report of EFCC’s investigation said, “Efforts are in top gear to arrest other co-conspirators” for prosecution.

It also absolved the acting Director of the Administration of Criminal Justice Reform Department of the Federal Ministry of Justice, Leticia Ayodele-Daniel, and Grace Okewole.

The report said Mrs Ayodele-Daniel and Ms Okewole “have not been found to be criminally liable.”

Meanwhile, Mr Fan denied any wrongdoing when PREMIUM TIMES reporter visited him at his office at the Federal Ministry of Justice in Abuja for his comment on Wednesday.

He also said he had yet to be informed of the outcome of EFCC’s investigation.

“I am not aware of my indictment by the EFCC. I know nothing about the allegation,” he told our reporter.

He said he was shocked to hear of the EFCC’s report from our reporter. 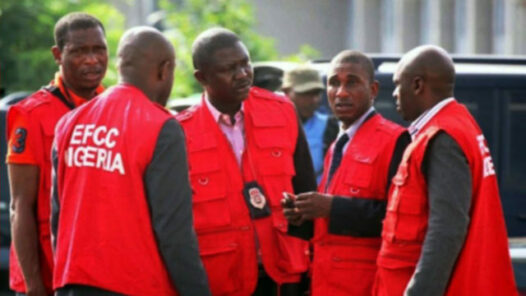 “I am not aware of any outcome of EFCC’s investigation over the allegation. We were only invited and questioned. Since then, we have not received any information that I have been indicted.

“I’m shocked to hear that I have been indicted (by the EFCC),” Mr Fan said.

But the second suspect, Marius, could not be reached at his office on Wednesday. He was not available during  correspondent’s visits to his office on the fifth floor of the Federal Ministry of Justice complex in Abuja.

His colleagues turned down our reporter’s request for his phone number.

Two former governors of Plateau and Taraba states, Joshua Dariye and Jolly Nyame, were among the persons granted pardon by the Council of State in April.

Messrs Dariye and Nyame, who were serving various jail terms at Kuje prison in Abuja, were only released on Monday.

It was reported how President Buhari approved the pardon for Messrs Dariye and Nyame, who had been convicted of stealing public funds when they served as governors. 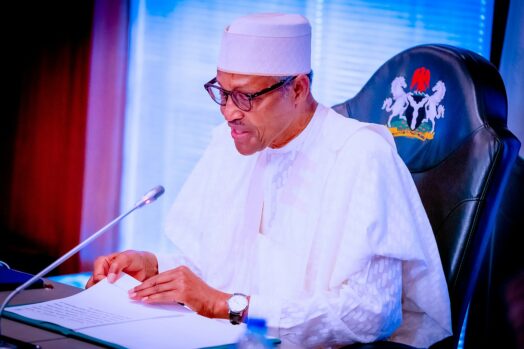 Both men were sentenced to 14 years each and had only served about three years of their jail terms.

Mr Buhari’s pardon of Messrs Dariye and Nyame was seen as a big blow to his electoral promise to fight corruption.

Another prominent beneficiary of the pardon was Enitan Ransome-Kuti, the former military Commander of the Multinational Joint Task Force, who was convicted by a Special Court Martial in January 2015