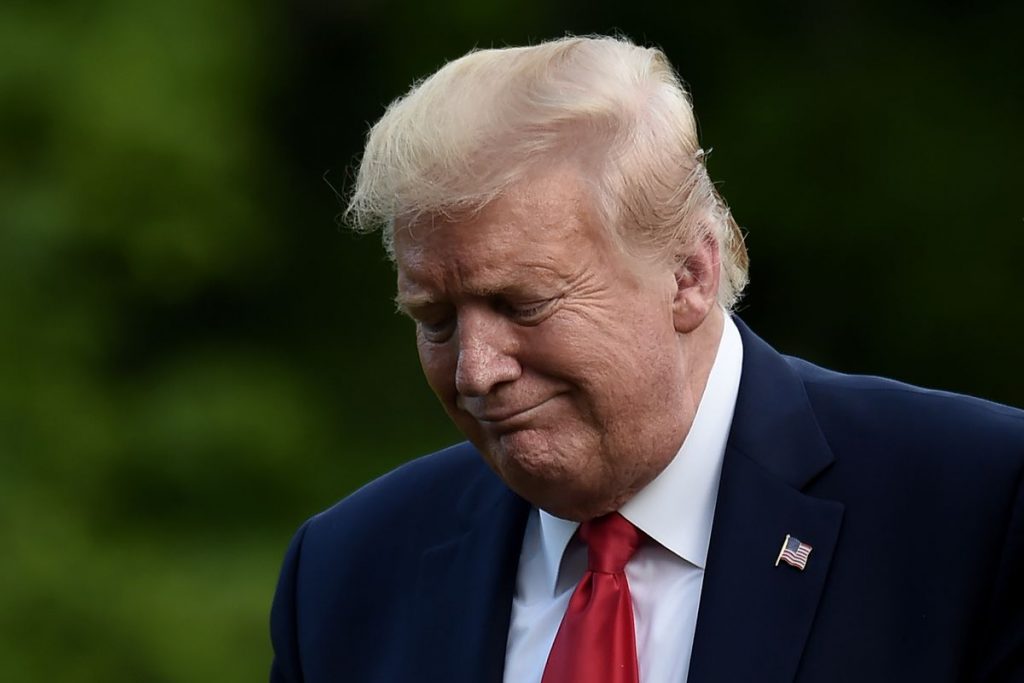 Donald Trump appeared to concede in his court filing surrounding the seizure of materials from his Florida resort that he unlawfully retained official government documents, as the former president argued that some of the documents collected by the FBI could be subject to executive privilege.

The motion submitted on Monday by the former president’s lawyers argued that a court should appoint a so-called special master to separate out and determine what materials the justice department can review as evidence due to privilege issues.

But the argument from Trump that some of the documents are subject to executive privilege protections indicates that those documents are official records that he is not authorized to keep and should have turned over to the National Archives at the end of the administration.

The motion, in that regard, appeared to concede that Trump violated one of the criminal statutes listed on the warrant used by the FBI to search the former president’s Mar-a-Lago resort – 18 USC 2071 – concerning the unlawful removal of government records.

“If he’s acknowledging that he’s in possession of documents that would have any colorable claim of executive privilege, those are by definition presidential records and belong at the National Archives,” said Asha Rangappa, a former FBI agent and former associate dean at Yale Law School.

“And so it’s not clear that executive privilege would even be relevant to the particular crime he’s being investigated for and yet in this filing, he basically admits that he is in possession of them, which is what the government is trying to establish,” Rangappa said.

Trump remains able to make the case that a special master should be appointed to review the seized documents, seek a more detailed receipt for what the FBI retrieved from Mar-a-Lago and restrain the justice department from further reviewing the materials until the process is complete.

The reasoning, former US attorneys say, is that there could be communications seized by the FBI that are privileged, but not used in furtherance of a crime, and even if the justice department wanted to use them in its investigation, it should be precluded from doing so.

A person directly involved in Trump’s legal defense noted – repeating parts in the filing – that the Presidential Records Act had no enforcement mechanism, even as they conceded that the justice department might pursue the privilege argument as a tacit admission.

Potential obstruction
But Trump’s motion could throw up additional challenges for the former president, with additional passages in the filing laying out a months-long battle by the justice department to recover certain records in a pattern of interactions that could be construed as obstruction of justice.

The search warrant for Mar-a-Lago listed obstruction for the statutes potentially violated, though it was not clear whether that was obstruction of the investigation into the very retrieval of government documents from Mar-a-Lago or for another, separate investigation.

Yet the section in Trump’s motion titled “President Donald J Trump’s Voluntary Assistance” detailed the multiple steps the justice department took to initially retrieve 15 boxes in January, additional materials in June, and then 26 boxes when the FBI conducted its search.

But despite taking custody of documents responsive to the subpoena, the justice department learned there may have been additional documents marked as classified, and issued a subpoena on 22 June demanding security camera footage of the hallway outside where the materials were being stored.

That subpoena for security tapes, as well as a subsequent subpoena for CCTV footage of that area from just before the FBI search on 8 August, suggests the justice department did not think Trump was being entirely truthful or forthcoming in his interactions with the investigation.

Those suspicions were well-founded: when the government retrieved materials from Mar-a-Lago on that second collection in June, Trump’s custodian of records attested they had given back documents responsive to the subpoena – only for the FBI to retrieve more boxes of classified materials.

Separately, apart from late filing of the motion two weeks after the FBI search took place, the brief itself appears to be procedurally problematic.

The motion was not filed in West Palm Beach, Florida, where the warrant was approved. Instead, it was filed in Ft Pierce, where the judge has no knowledge of the hunderlying affidavit – and could rule in such a way to reveal to Trump if he or his lawyers are suspects for obstruction