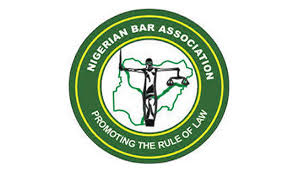 For the second time in two weeks, some members of the Nigerian Bar Association (NBA) are in the news for the wrong reasons, reports thegazellenews.com.

A lawyer, Barrister Owolabi Adekunle, was removed from the official WhatsApp platform of the Ikeja Branch of the NBA for writing against the claims by the Presidential Candidate of the Labour Party (LP), Peter Obi, that he brought International Brewery to Ilesha.

The chat pattern of the platform, in possession of thegazellenews.com, Barrister Owolabi had responded to the claim that Obi brought IBL to Ilesha as an indigene of Osun State.

Barrister Owolabi traced the history of the company, finally submitting that Obi can lay claim to being a contributor to the revival of the company but saying he brought the company to Ilesha is a blatant lie.

Going through the chat pattern, Owolabi submitted that it is a big slap on the face of indigenes of the state and challenging their sensibility with Obi’s claim when the truth is clear on the foundation and establishment of the company.

The next thing was for his name to be removed from the platform. The person who removed him was one of the four admins on the platform. His name is Marvin Ibem with phone number 08036455099.

Barrister Owolabi was removed on Friday, 2 September, 2022, the day he posted the reaction.No reason was given for his removal and he was not informed until he discovered personally on Sunday, 4 September, 2022 when he wanted to post comment on the platform.

“You can’t send messages into this group because you’re no longer a participant, +234 803 645 5099 removed you,” that was the message that prevented Barrister from contributing to the platform again.

Barrister Owolabi has vowed to challenge what he described as the injustice meted out to him by his professional colleagues.“I’m going to challenge this injustice when work resumed on Monday.

Definitely I won’t allow this injustice to stand,” he said. Below is the screenshot of the chat on the WhatsApp Platform.