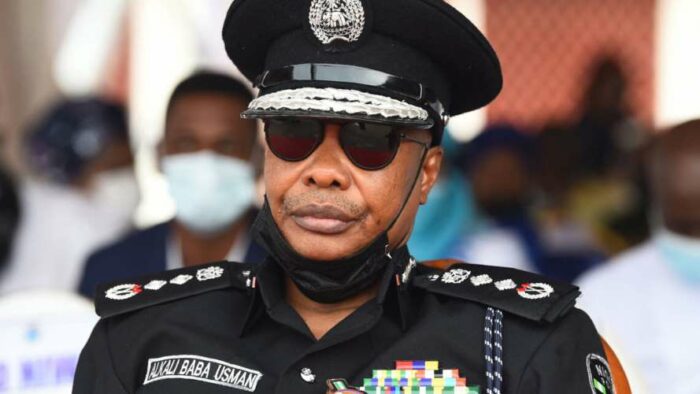 Usman Baba, the Inspector-General of Police (IGP), has stated that there is no threat to the forthcoming general elections in 2023.

The IGP added that the police has put in place a robust security threat analysis carried out using global best standards to ascertain the trend of expectations for the electioneering.

The IG disclosed this at the ongoing United Nations Chiefs of Police Summit in the United States of America, during his meeting with Assistant Secretary, Bureau of International Narcotics and Law Enforcement Affairs, U.S. Department of States, Mr Todd Robinson, as part of events rounding up his attendance at the UN summit.

Force spokesperson, Olumuyiwa Adejobi made this known in a statement on Sunday.

“During the meeting, discussions centered around enhancing support for the NPF training and capacity building programmes, particularly the training of tactical units deployed in the North East and other conflict theatres across the country.

“Similarly discussed is the achievement of cascading the ongoing election security management training across the six geo-political zones in preparation for the 2023 general elections and support for police recruit training in modern policing themes such as forensic investigations, human relations and cyber security,” Adejobi said.

He noted that the IGP, in his quest to achieve improved policing services and bequeath an enviable policing system to the nation, has continuously interfaced with individuals and groups with requisite ideas and support-base for the achievement of his agenda of a modern Police Force.

He added, “The IGP, who is billed to return to the country on Sunday (yesterday), similarly emphasized his administration’s focus on improved training and retraining of police officers and men, as well as the sustenance and improvement of cutting-edge technology for better crime prevention, deterrence and apprehension of suspects with concrete, credible and corroborated evidence.”

The NPF vowed to mop up arms and arrest criminals and illegal gun owners. Force spokesperson, Olumuyiwa Adejobi, said this in an interview with our correspondent.

He noted that the forthcoming election would be peaceful, adding that the police would not tolerate criminals nor condone criminality, this was as he described the SBM Intelligence security report as inaccurate.

Adejobi said, “We warn those who might have plans to foment trouble to desist from such as we’ll not hesitate to deal with them according to the provisions of the law. The customs, the military, in tandem with the police are doing their best to curb the proliferation of illegal arms into the country, and we have sustained control over these criminal elements who bring arms into the country illegally. We have the Electoral Act, and we urge politicians to play by the rules, and go about the electioneering peacefully.

“Also, the issue of people owning weapons illegally is not because we’re preparing for an election as we had in previous elections had people who had guns in their possession, yet they were unable to deter us from having successful elections. The noise about this is an unnecessary psychological projection just to put fear in people not to participate in elections. It is never found to be a reality.

“We don’t think there’s going to be an increase in the number of guns in the wrong hands because of the systems we’ve put in place to curb such. We no longer have inflows from foreign countries as we used to have. The only problem we have to surmount now is arresting those who produce these firearms locally, and with the help of citizens reporting to the police, we can achieve this. Hence, we are thinking outside the box in all these areas to mop out illegal firearms and arrest more criminal elements.

“I do not also think the SBM Intelligence report is factual as no one knows the exact number of weapons in the wrong hands. I also do not think the figure quoted is possible as we have recovered some guns from some criminals