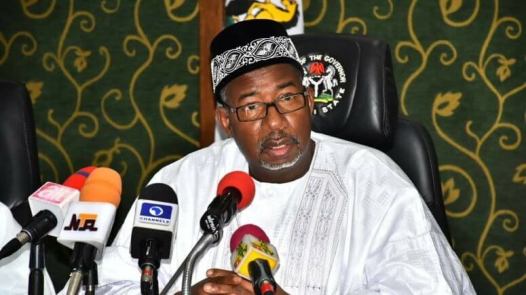 Bauchi State governor, Bala Mohammed, has said journalists and other media practitioners in Nigeria were the most dehumanized people in the country.

Mohammed stated this in Bauchi while presenting two new Toyota Hiace buses to the Government House Press Crew and the Correspondents’ Chapel of the Nigeria Union of Journalists (NUJ) in the state.

According to him, media practitioners are always suffering from the rigour, challenges of news gathering and sometimes, they don’t even have salaries and wages.

He added that the media people had been suffering in silence even though they put up a mirror for the society to see itself.

Mohammed, who said that he was giving out the vehicles to show that journalism and media men have dignity, added that they must be respected and encouraged to work in a manner to create an environment conducive for them.

He said to be above board, media men must be given respect in terms of their contribution to society.

“This is an opportunity for me to say thank you to my creator for uplifting me to the position of a governor as a journalist and as a media man, I cannot do better than to identify with my first constituency.

“I’m using this opportunity to call on the media owners to please look at the problems and challenges of media practitioners.

He said this would make the profession to be noble so that journalists could have salaries, wages, allowances, transportation and other welfare package.

“I’m also calling on our colleagues, the governors, the presidency and the rest to respect these people who are always there in the rain, in the sun, asking questions and trying to make the society better by exposing bad governance, and some of our limitations and inadequacies.

“I’m not flattering the media but they are doing so much, they have remained one of the best professionals in terms of what they are doing and they are at par with their global counterparts,” Mohammed said.

He reiterated his pledge to renovate the Nigeria Union of Journalists’ Secretariat in the state before the expiration of his tenure.