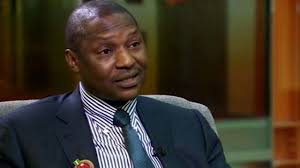 The Federal Government has warned Nigerian based abroad to stop funding of election campaigns, saying such act violated the laws of the country.

The attorney general of the federation, Abubakar Malami, reacted to this in a statement recently.

Specifically referring to Peter Obi, the candidate of Labour, who was in abroad , Malami said those in such acts would be arrested.

Said he “Any abroad based Nigerian, funding Obi campaign shall be arrested” Abubakar Malami,

“One thing Nigerians who based abroad failed to understand is that they cannot stay there and dictate to us how to govern our country. Someone will seat in the United States of America and be telling us what to do and what not to do as if we don’t know what we are doing in this country.

“If you violate the electoral law, you will face the penalty squarely and we will do everything within our power to prosecute both you and the candidate you are funding his campaign.

“We’ve received a signal that some individuals, mostly Nigerians living abroad have taken it upon themselves to fund the campaign of Mr Peter Obi who’s the Presidential candidate of the Labour Party in the forthcoming Presidential election.

“What these individuals failed to understand is that Nigerian is a democratic nation governed by democratic rules and regulations. It is against the electoral act for those living abroad to sponsor any candidate in an election. Those involved should desist from such acts or have us to contend with.

We will resist it by all means. Such funds cannot enter Nigeria. Although we have put measures on the ground to apprehend those who will get themselves involved in such an act.”