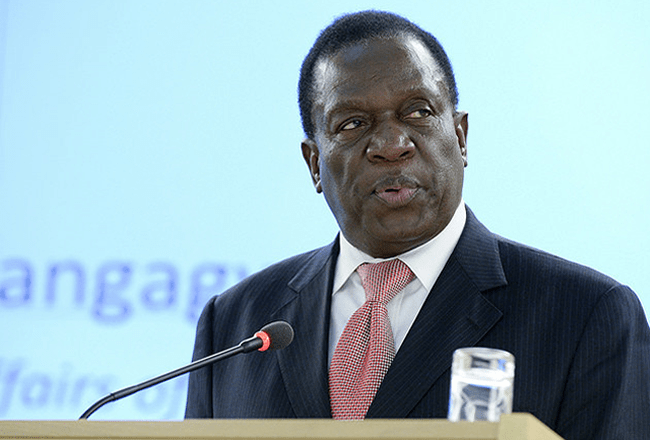 King Charles III has denied the request of the President of Zimbabwe, Emmerson Mnangagwa, to attend the funeral of Queen Elizabeth II.

Mnangagwa had earlier in a condolence letter to the king requested to attend the funeral of the Queen despite not being included in the list of world leaders that had been invited to the funeral by Buckingham Palace.

The King, in a statement by the deputy to the Senior Correspondence Officer, Miss Jennie Vine, stated that the Zimbabwean President’s request was denied over reports of violation of human rights in his country.

The statement read in part, “His Majesty King Charles III, has asked me to inform you that President Mnangagwa’s request cannot be granted as it would go against the restrictions, including those of travel that the United Kingdom has in place with regards to many of the Zimbabwean governmental leadership and those connected to them. There is also concern at the confirmed reports of non-adherence to respecting human rights occurring in Zimbabwe.

“As you stated in your additional letter, other world leaders, including those from Africa, have been invited and we note your concern that President Mnangagwa has not been invited and for good international relations you feel he should be, however the restrictions still apply.”

Also, China’s official delegation is expected to be barred from attending Britain’s Queen Elizabeth II’s lying in state ahead of the state funeral.

Two sanctioned Tory MPs, Iain Duncan Smith and Tim Loughton, have been raising concerns about the delegation’s possible attendance, saying it was “extraordinary” they had received an invitation.

Hoyle was upholding his position on barring Chinese state officials while the parliamentarians remain sanctioned, the source said, confirming the story first reported by the Politico website.

A House of Commons spokesman said, “We do not comment on security matters,” while Hoyle’s spokesman also declined to comment.

In a letter to Hoyle earlier this week, Duncan Smith and Loughton, along with crossbench peer David Alton and Labour’s Helena Kennedy, warned against giving the delegation access.

“We are greatly concerned to hear that the government of China has been invited to attend the state funeral next week, despite other countries – Russia, Belarus and Myanmar – being excluded.

“Given that the United Kingdom parliament has voted to recognise the genocide committed by the Chinese government against the Uighur people, it is extraordinary that the architects of that genocide should be treated in any more favourable way than those countries who have been barred,” they wrote.

Chinese President Xi Jinping is not scheduled to attend the Westminster Abbey funeral on Monday, instead sending his deputy, Wang Qishan.

Xi met Russian President Vladimir Putin at a summit in Uzbekistan on Thursday.

Last September, Hoyle and his counterpart in the upper chamber, John McFall, blocked Chinese ambassador to the UK, Zheng Zeguang, from visiting parliament.

The speaker of the House of Commons argued at the time it would not be “appropriate” for the ambassador to meet at the Commons while seven British parliamentarians remain sanctioned.

They are all vocal critics of Beijing, having spoken out against the treatment of the Uighur people in Xinjiang.

China hit the parliamentarians with sanctions shortly after Britain – along with the U.S., Canada and European Union – placed sanctions on Chinese officials deemed responsible for human rights abuses in the country’s autonomous north-west territory.

The government has increasingly signalled a willingness to take a harder line against China and, as foreign secretary, Liz Truss was seen as a key voice pushing for a tougher stance.