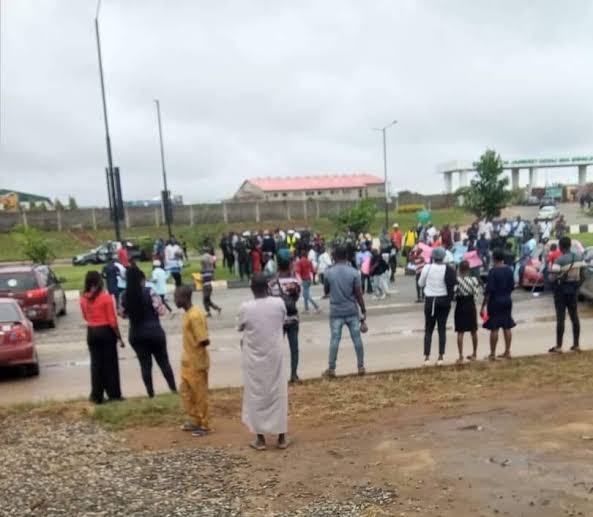 University students protesting the seven-month industrial action by the Academic Staff Union of Universities have blocked a section of the access road to the Murtala Muhammad International Airport in Lagos, Channels Television has learned.

The situation caused gridlock along the axis as vehicular movement in and out of the airport was stalled.

The spokesman for the Lagos State Police Command, Benjamin Hundeyin, said police officers have been deployed in the scene.

“Our men are there,” he said in a telephone chat on Monday morning.

Members of the National Association of Nigerian Students had threatened to ground activities at the local and international airports across the country effective today as part of efforts to drive home their demand that the ASUU strike be called off.