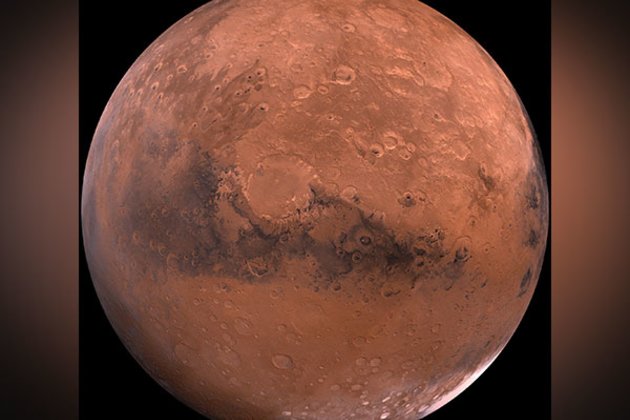 Washington [US], September 19 (ANI): NASA’s James Webb Space Telescope, which was launched in December 2021 and is working successfully, has recently captured its first images of our neighbouring planet, Mars.

The telescope, an international collaboration with ESA (European Space Agency) and CSA (Canadian Space Agency), provides a unique perspective with its infrared sensitivity on Mars, complementing data being collected by orbiters, rovers, and other telescopes, NASA stated in its blog.

The NASA Webb Telescope’s official Twitter handle shared the images along with the tweet that read, “Webb got its first look at @NASAMars! The close-up on the left reveals surface features such as Huygens Crater, dark volcanic Syrtis Major, and Hellas Basin, while the “heat map” on the right shows light being given off by Mars as it loses heat.”The NASA Mars Twitter handle shared that tweet and wrote, “Rovers, orbiters, telescopes – and now a new, powerful eye watching the Red Planet. Welcome to the Mars team, @NASAWebb! We can’t wait to see what your observations add to our knowledge of dust storms, weather patterns, and seasonal changes!”The NASA blog states that Webb’s new images show a region of the planet’s eastern hemisphere at two different wavelengths or colours of infrared light. They have been captured by the Near-Infrared Camera (NIRCam).

This image shows a surface reference map from NASA and the Mars Orbiter Laser Altimeter (MOLA) on the left, with the two Webb NIRCam instrument field of views overlaid. The near-infrared images from Webb are shown on the right.

Whereas the images show differences in brightness integrated over a large number of wavelengths from place to place across the planet at a particular day and time, the spectrum shows the subtle variations in brightness between hundreds of different wavelengths representative of the planet as a whole. Astronomers will analyze the features of the spectrum to gather additional information about the surface and atmosphere of the planet.

According to NASA’s blog, in the future, the Mars team will be using this imaging and spectroscopic data to explore regional differences across the planet and to search for trace gases in the atmosphere, including methane and hydrogen chloride. (ANI)