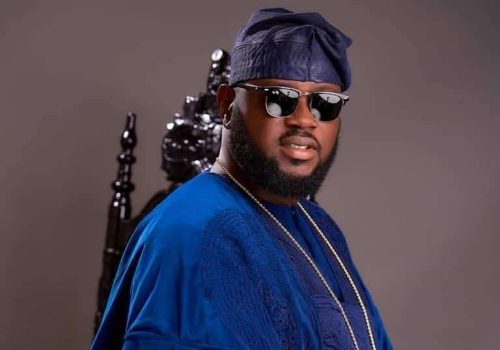 According to reports, Rufai was arrested at JFK International Airport in New York on his way to Nigeria in May 2021, donning a $10,000 watch and $35,000 gold chain.

However, Rufai pleaded guilty in U.S. District Court in Tacoma, Washington in May to wire fraud and aggravated identity theft charges.

Meanwhile, Judge Benjamin Settle, issued the sentence on Monday, he also ordered Rufai to pay more than $600,000 in restitution.

According to the prosecutors; “Rufai has a history of defrauding the US government, including using stolen identities to file for emergency relief after hurricanes in Texas and Florida.”

“When disaster struck, so did Mr. Rufai. Whether it was hurricane disaster relief, small business loans, or COVID unemployment benefits, he stole aid that should have gone to disaster victims in the United States.”

“Such fraud was rampant in pandemic relief programmes, $45.6 billion may have been paid out improperly in unemployment insurance from March 2020 to April 2022.”

Interestingly, the Justice Department had filed charges against dozens of people in Minnesota last week in connection with a $250 million fraud scheme that exploited a federally funded child nutrition programme during the pandemic