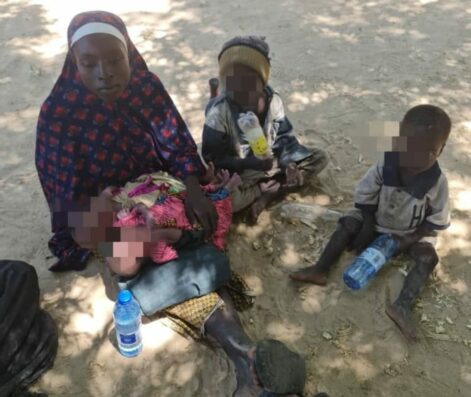 Troops of the Nigerian Army under the Operation Hadin Kai have rescued from Boko Haram yet another Chibok schoolgirl who recently gave birth to twins in Borno State.

The troops, backed by a column of Civilian Joint Task Force(CJTF), stumbled on the kidnapped girl on September 29, after they stormed the Boko Haram enclave in Bula Dawo axis in Bama Local Government Area.

Many of the terrorists were killed by the troops.

An Intelligence source confirmed that the troops overwhelmed the insurgents, neutralising scores of terrorists, while several others escaped with serious gunshot wounds.

“In the course of the encounter, troops successfully rescued Yana Pogu, a Chibok girl who was number 19 on the missing girls list along with her four children,” the source said.

“She was found with a four month old set of twins in a very unhealthy condition.

“Some of the fleeing insurgents also attempted to ambush their own troops but while acting on the intelligence, the troops responded swiftly with aggressive fire powers, forcing them to flee.

“More women were rescued after the encounter. They have been transferred to 21 Armoured Brigade Bama, for medical attention,” said the source.

Boko Haram terrorists had in April 2014 kidnapped 276 female students, mostly Christians, aged from 16 to 18 from the Government Girls Science School.

Three girls were recovered in 2019, two in 2021 and nine were rescued in 2022., bringing the total of 178 girls out of captivity and 98 remaining in Boko Haram captivity.