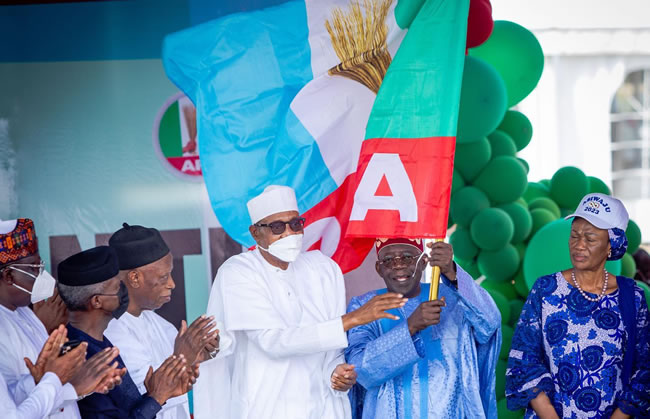 In an Arise Tv interview with Ayodele Adewale, the organizing secretary of the APC has been asked about what his principal intends to sell to Nigerians.

Ayodele asserted that Tinubu has spoken about a few things he would do if he becomes President.

He revealed that his principal plans to make sure there is free education from the lowest sector to the higher institution sector.

He said, ”With respect to the APC Manifesto, snippets of it have been coming out and we have been talking about it. Asiwaju is planning to make sure education is free from Kindergarten down to the University level.

He also spoke about Infrastructure and talking about energy, he mentioned that he tried to bring Enron in 2000 and if not for the PDP that muscled down that project by now Lagos state would have been producing and selling energy not only to states in Nigeria but of course across the African region. The major manifesto will be unveiled at the APC Flag off of the campaign.”