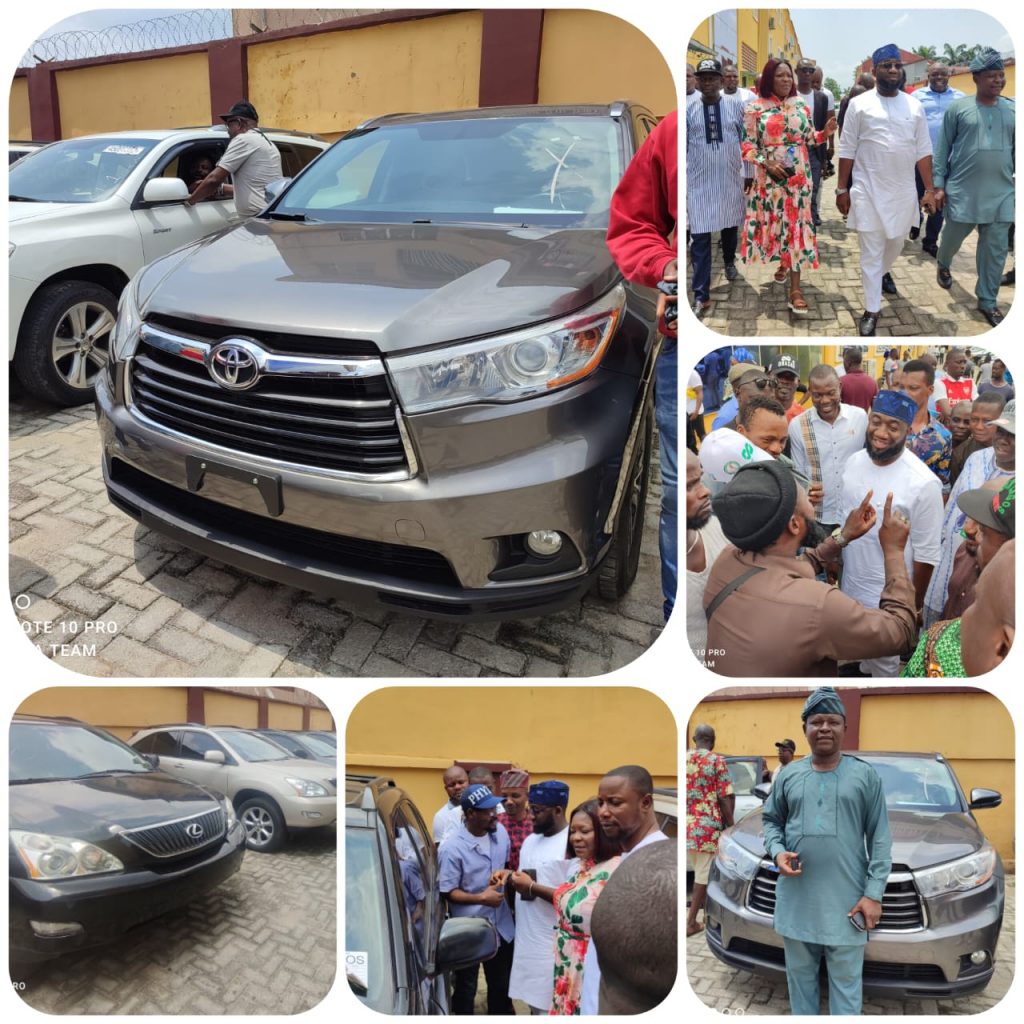 Usman presented the key to the owners in a brief ceremony at the council headquarters in Idiagbon area.

Council leader, Hon. Onifade, who spoke on behalf of the Councillors commended the Chairman for the bold initiative and affirmed the legislators’ commitment towards achieving #GreaterIfakoIjaiye.

One of the members of the party, Tola Adeniyi, who spoke to our reporter, commended the chairman of Ifako-Ijaye for this good gesture to the councilors, adding that the councilors should reciprocate the action of the chairman by working hard to make effective legislation for the benefit of the people of the local government, ensure and accelerate her development.

Another resident who witnessed the occasion described the presentation of the new cars as historical since the creation of the local government.

He added that the councilors should count themselves lucky and work for the good of all the residents.

Also at the presentation ceremony were the Vice Chairman of Ifako-Ijaiye Local Government, Hon. Mrs. Oluwatoyin Awoniyi Akerele; the Secretary to the Local Government (SLG), Hon. Fasusi Kolawole A – Mr Bachel; the Acting Council Manager, Alhaja Modupe Ogungbo-Alimi alongside other HOD’s and HOU’s; all Supervisory Councillors and Special Advisers to the Council Chairman among others.