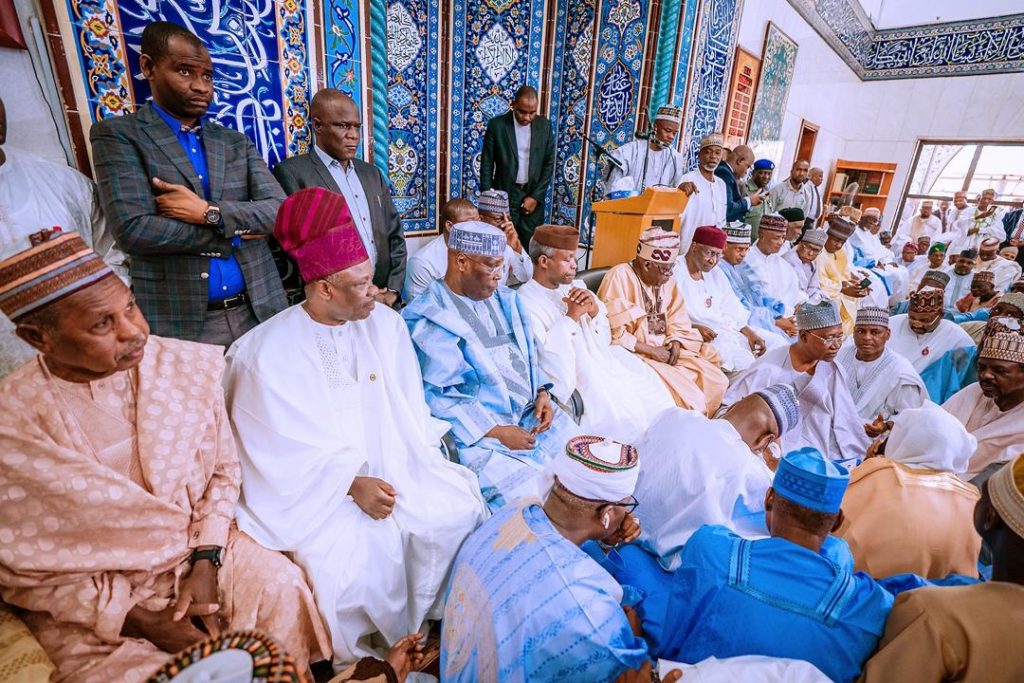 Bola Tinubu, presidential candidate of the All Progressives Congress (APC), says Atiku Abubakar, standard bearer of the Peoples Democratic Party (PDP), should endorse him for the presidency.

Speaking on Monday at an event organised by the Arewa joint committee in Kaduna, Tinubu said he supported the former vice-president when he contested the presidency in 2007.

“From the late Shehu Yar’Adua, I’m standing before you saying this, even my greatest rival met me with Yar’Adua; [that is] Atiku Abubakar. He was just out of customs at that time. Ask him to go and read the civil service regulation,” he said.

“They asked him questions: ‘how did you make money?’ He said from selling cars. Can you as a civil servant be involved with other trade and businesses? You have attracted disqualification and you don’t deserve to compete with others. Nuhu Ribadu was on our platform.

“I supported Atiku Abubakar in 2007 then. Don’t blame me if I ask for a payback period. It’s payback. Let him endorse me now instead of him conducting rally around Kaduna while I’m talking to you people here.”

Tinubu also said if elected, he would ensure that Nigeria promotes rule of law, like he did in Lagos.

“When I assumed office in 1999, I returned Lagos to a state of law and order and rule of law. One of the candidates running against me lives in Lagos; that is Peter Obi. If you ask Atiku, where is your other valuable asset, he will say he has one at Madonna street, Lagos,” he said.

“Under my leadership, the military will receive much needed injections to strengthen personnel and reinforce them with the best equipment.