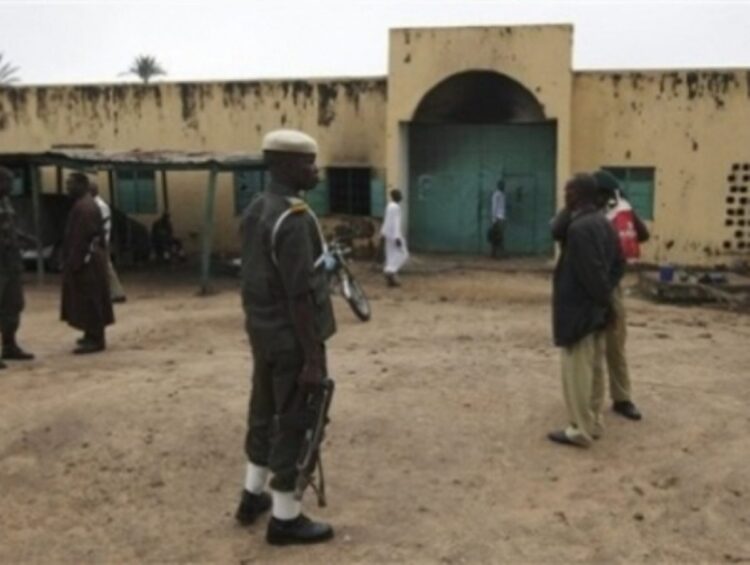 It was an out-of-court settlement that led to the recent release of 101 `Boko Haram’ suspects who were arrested at various locations in 2009 and had been in detention since then at various correctional facilities, including the Kirikiri maximum and medium centres in Lagos.

This is contrary to recent claims especially in social media that the suspects were released in exchange for the remaining 23 abducted passengers of the Kaduna- Abuja train.

Daily Trust Saturday leant from credible sources monitoring the case that discussions for the release of the suspects started long ago when it was evident that there were no facts to prove that they were Boko Haram members, considering that most of them were arrested in the streets of various cities at the onset of the Boko Haram uprising 13 years ago.

But while fielding questions from journalists after the National Security Council (NSC) meeting in Abuja on the released suspects, the Chief of Defence Staff, General Lucky Irabor said, “… Perhaps may be at this point, what I may need to add is the fact that Council was also briefed that 101 ex-combatants were taken to Operation Safe Corridor (in Gombe) and currently undergoing the process of de-radicalization at the centre.

“These were ex-combatants that have been in detention for several years, some of whom have served their terms. Others were those that were awaiting trial, but because of the long time that they have been involved and in line with the protocol or the procedure for handling anyone who has been exposed to terrorism or related offenses, the procedure for them to be taken through a process of de-radicalization.”

History Of The Case

Our correspondents report that the agreement between the applicants signed between the Attorney-General of the Federation, the respondents and the Legal Aid Council, which represented the applicants, were approved and adopted as judgements before three separate High Court judges in Lagos.

The orders for their release, according to a document made available to Daily Trust Saturday, were given on October 4 and 5 by Justices Awogboro Olawunmi, Tijjani Garba Ringim and Nicholas Oweibo.

Daily Trust Saturday had in its May 22 edition reported the continuous detention of the suspects who were arrested at various times in Bauchi, Maiduguri and Kano in 2009 on suspicion of being members of Boko Haram.

This happened when police and other security agencies embarked on operations aimed at taming the uprising staged by Boko Haram members, led by Mohammed Yusuf.

Since then, the suspects had been in detention with no hope of freedom until recently.

“There is no iota of truth in the alleged prisoner swap. The terrorists who released the last set of the train victims have nothing to do with the 101 people released from Kirikiri. Those people in Kirikiri were not Boko Haram members. There was no evidence to nail them.

“The terrorists that attacked the Abuja-Kaduna train had set their members free during the invasion of Kuje prison in Abuja. Those people freed from Kirikiri have no value to the terrorists. It was just a coincidence that their release nearly coincided with the release of the train victims,” a source close to the military in Maiduguri, Borno State, said.

An official of the Legal Aid Council, which had been pursuing the case, said the detainees were arrested by the police at various places in Maiduguri, Kano and Bauchi states.

“Some of the suspects were arrested in raids by the police in their homes, business premises, mosques or highways,’’ he said.

He said a total of 164 persons were arrested in the wake of the outbreak of the disturbances by members of Boko Haram in Maiduguri in July 2009.

He also said the detainees were initially arraigned before courts in Kano, Maiduguri and Bauchi, adding that the courts granted them bail but some of them could not meet their conditions.

“They were separately detained in correctional centres in Kano, Maiduguri and Bauchi pending the time they would meet their bail conditions. However, in March 2011 they were all herded into a truck and moved to Lagos.

He added that after their movement to Lagos, there was an order that they should not be allowed access to their relatives, adding that many of them had lost contact with their relations.

Speaking on the case, the official said the detainees were charged with offences that carry a maximum of four years imprisonment if convicted.

“What it means is that they would have even served their terms by now if they had been convicted,’’ he added.

In an effort to ensure justice for the victims, a Lagos-based non-governmental organisation, The Incorporated Trustees of Prisoners’ Rights Advocacy Initiative, filed a case before a Federal High Court in Lagos, seeking their release. The case was brought against the Attorney-General of the Federation, the Inspector-General of Police, the National Security Adviser and the Comptroller-General of the Correctional Service.

In the suit, they prayed the court to declare that the arrest and continued detention of the applicants for 11 years without proper arraignment and trial in a court of competent jurisdiction was unlawful, unconstitutional and an infringement on their fundamental right to freedom of liberty, the right to be tried within reasonable time by an impartial court/tribunal and respect for the dignity of human person.

The applicants also sought for their unconditional release and perpetual injunction restraining the respondents or their agents from further interfering with their fundamental human rights in any manner.

However, in October 2021, Justice A. Lewis-Allagoa, dismissed the case in his judgement.

The judge said the applicants failed to show that both the Attorney- General of the Federation and the National Security Adviser had infringed on their fundamental human rights as they failed to prove that they ordered their arrest or detention.

He also ruled that the action failed, in that it should have been filed as an individual rather than a joint action by the applicants. This, he added, made the case incompetent.

The judge further ruled that a case of false imprisonment could not be redeemed under Fundamental Rights (enforcement procedure) rules, 2009. He said they could be claimed by following the common law procedure of issuing a writ of summons and filing pleadings.

However, the Legal Aid Council took up the case and sought for the enforcement of their fundamental human rights in order to fast track their release, which led to the two parties agreeing to out-of-court settlement.

Under the terms of the settlement, the applicants agreed to forgo any form of prayer for compensation or institute any other action against the respondents in relations to the facts and claims in the matter, or in relation to their incarceration at Kirikiri.

A top official of the Council who spoke with our correspondent denied a trending statement on the social media that their release was part of the terms of negotiations for the release of 23 Abuja-Kaduna train hostages.

“This is balderdash. It is a tissue of lies. They were released by a court order,’’ the official who craved anonymity told Daily Trust Saturday.

He also confirmed that upon their release, the military took them to Gombe for debriefing and deradicalisation, adding, “They are now in Gombe.’’

Also reacting in an interview with Daily Trust Saturday, the secretary to the Chief of Defence Staff Committee on Negotiation for the release of Abuja-Kaduna train victims, Professor Usman Yusuf, said their release was never part of the negotiation with the abductors.

He said he was surprised that the statement being circulated was purported to have been signed by him. He said, “Whoever wrote this was a coward. No prisoner was released. No ransom was paid. This was an action by mischief makers.’’

Another source who did not want to be named said the military took the released suspects to Gombe for debriefing before they would be reunited with their families.

“These are people who lost contact with their families for over 13 years, so it will be wrong to ask them to go straight to their families. More so, many of them were thought to have been killed.

“The freed victims have lost touch with what is happening; therefore, they need to be guided properly so that they can easily reintegrate and continue with their normal lives,” he said.

Asked if they would not face challenges once released into the society, the source said, “It is very unlikely because their families are aware that they were arrested during mop up operations. They know that they are not Boko Haram members.

“I have a feeling that in the next couple of days, some members of their families would be invited to interface with their loved ones.”