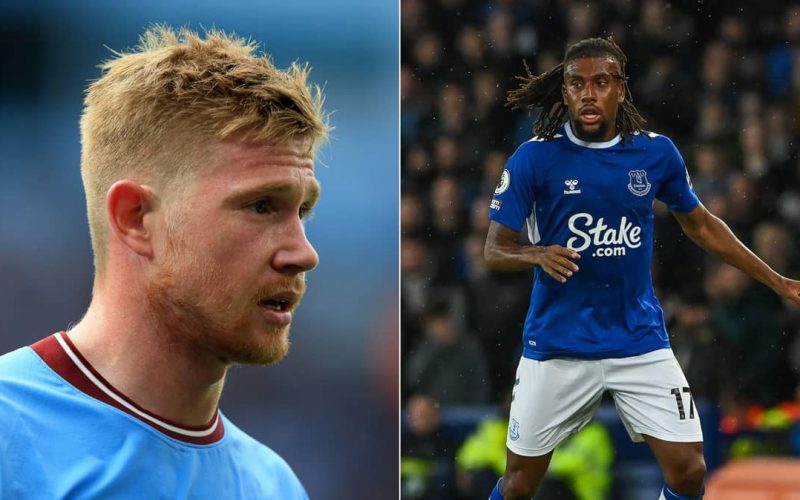 Alex Iwobi has been named the seventh-best playmaker in the world, behind only some of the best players in the world, such as Kevin De Bruyne and Lionel Messi.

In making a list of any sort of ranking footballers, there seems to be a bit of sway of opinion against at least one of the people on that list.

Alex Iwobi, Kevin De Bruyne, Pedri, Lionel Messi, Hakan Calhanoglu: Top 10 Playmakers in World Football ▷ SportsBrief.com
There are indications that a large group of people are angry that Messi is above Cristiano Ronaldo or that Ronaldo is above Messi, depending on the list, or that people are laughing at the idea that any sports person who plays a sport only America care about can be called the ‘G.O.A.T of all sports.

Few would argue that De Bruyne is the best passer of the ball right now, which is only illuminated by the fact he has Erling Haaland as a target to pass to.

Both men help boost each other numbers but even before the Norwegian’s arrival in Manchester, the Belgian midfielder was considered one of the best players in the world.

The former Chelsea star, who Todd Boehly recently thought came through his club’s academy, has been named the best playmaker in the world, by Four-Four-Two.

Messi, Martin Odegaard, and Christian Eriksen make up the top four but Iwobi being the only other Premier League entry at seven may surprise some.

At times under Carlo Ancelotti, he was even playing at a right wing-back but under Frank Lampard, he’s been turned into an extremely effective midfielder.

He opened the scoring against Manchester United last weekend, before Erik ten Hag’s side turned things around to end the Toffees’ six-game unbeaten run