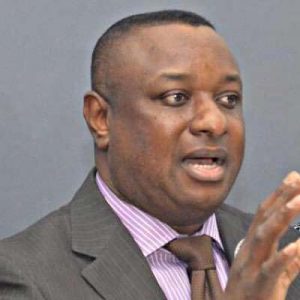 “All former governors were part of the campaign team. So, there may be no need to mention their names one after the other. If you study the campaign list, you will see the particular line that addressed that issue. It was boldly written there,” he said.

Keyamo further stated that the sneaking of names of some members of the Christian Association of Nigeria (CAN) into the campaign list without their knowledge was a misunderstanding as compiling the names of over two thousand persons without any glitches was impossible.

He further added that there were persons who privately supports the APC flag bearer, but may not want their names out in the open.

”Some people may express strong support for the party privately, but may not want their names out there in the public. But those recommending them may not know and just decide to include their names to surprise them, whereas, in reality, the people may not want it. This is how it works at times. These are the things that happen at times with a communication breakdown. But I am not saying that this is possibly what happened in this case,” he added.

Speaking about inaugurating the women’s campaign team before the main presidential council, Kayemo said that the party had a tradition to always put women first, due to its conscious decision to put out a campaign that would be driven more by women.

He said the party did not want to bury the woman inside the structure of a male-dominated campaign council, adding that women in politics are more committed, loyal and the best mobilisers when it comes to campaigning.

Keyamo said: “We made a conscious decision that this campaign would be driven more by women. That’s also because we are conscious of the importance of women in politics because they are more committed, loyal, and the best mobilisers when it comes to campaigning. Whoever doesn’t discover that early is headed for doom. We also know for a fact that women are hardly disloyal, unlike when we have flip-flopped on the part of men. That is reflected in the kind of passion you saw on the day the women’s wing was inaugurated at the State House.

“So, we thought the women should be given pride of place and inaugurated first. We didn’t want to bury them inside the structure of a male-dominated campaign council.

“Besides, this has always been the tradition of the APC. We did that in 2015 and 2019 if you remember. The only difference is that we just decided to inaugurate them ahead of others this year.”