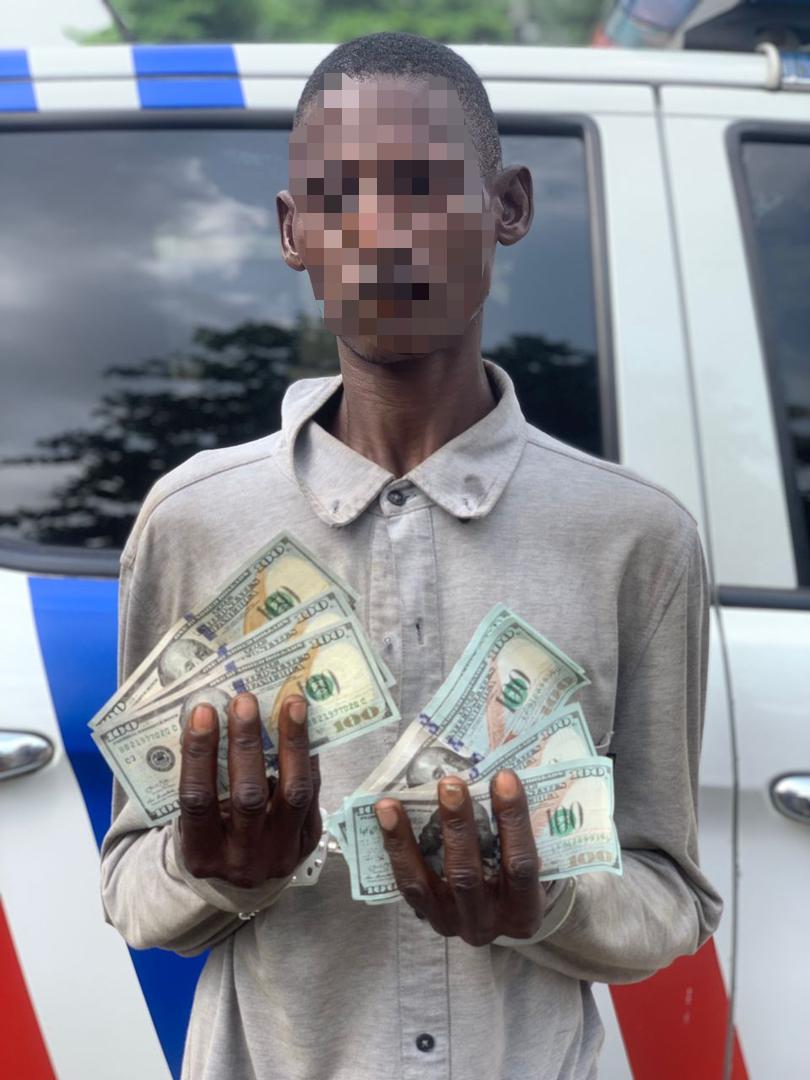 The Rapid Response Squad (RRS) unit of the Lagos State Police Command has arrested a notorious currency counterfeiter who specialized in duping unsuspecting members of the public within Computer Village in Ikeja area of Lagos metropolis.

The suspect, Haruna Garba ‘m’ 38 years old was arrested after a victim he had duped in August, 2022, raised alarm after unexpectedly sighting him again dubiously engaging a customer, close to the same place he had been swindled, according to the press release by the Lagos State Police Command, PPRO, Mr. Hundeyin.

Preliminary investigation indicates that Haruna Garba, who was found with fake seven hundred Dollars, has been in the fraudulent business of fake currencies for over three years after he was tutored by his late master.

The Commander RRS, CSP Saheed Olayinka Egbeyemi, has in line with the directive of the commissioner of police Lagos state, CP Sylvester Abiodun Alabi, transferred the suspect and exhibits to State Headquarters for further investigation and eventual prosecution.