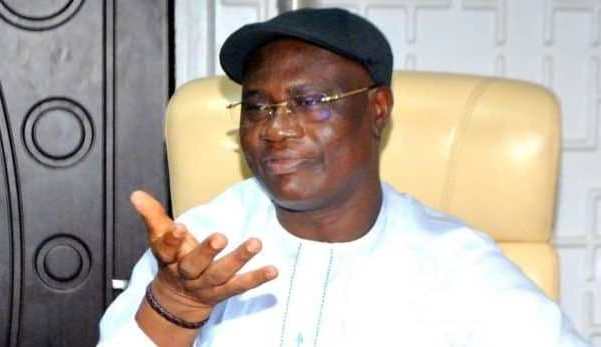 The Maritime Workers Union of Nigeria ( MWUN)  is on a war path with the Nigerian Ports Authority (NPA) over what it described as unfair labour practices which, according to the leadership of the union, have enslaved the NPA workers.

The President General of the MWUN, Comrade Adewale Adeyanju, while speaking with the leadership of the union at the Union’s secretariat in Lagos Tuesday, accused NPA workers of flagrant abuse of labour laws, adding the agency has held its workers captive by failing to review their salaries for the past 18 years.

This violation of labour laws was despite the jumbo earnings of the NPA whose remittances into the federation account have been on a geometric rise over the years.

However, Comrade Adeyanju, who was enraged by what he called the insensitivity of the NPA to the welfare of workers, vowed to mobilise the workers to force the hand of the NPA management to review the staff salaries as well as payment of their arrears.

He threatened that the workers will resort to shutting down the ports, if need be, in their quest to get the NPA to do the needful.Adeyanju disclosed that the last time the NPA reviewed the salary of its staff was in 2004 which he said was unacceptable.

Adeyanju further disclosed that it was unacceptable that NPA as the landlord of the ports has not reviewed workers’ salaries for the past 18 years when other agencies including the Nigerian Maritime Administration and Safety Agency  (NIMASA) are enjoying steady promotions and salary increases.

Adeyanju however blamed the NPA Branch President, Comrade Ifeanyi Mazeli for the sloppy manner he handled the matter, accusing him of keeping silent on the case.He said the failure of the NPA to review workers’ salaries for over 18 years is a clear violation of labour practices just as he vowed that NPA would be made to pay the arrears on the salary delay.

The MWUN boss explained that the demand for an upward review of workers’ salaries is a right that must not be mortgaged by a few individuals.

“From 2004 till date, there has been no salary increase and that is not acceptable.“I never knew about this anomaly because your branch president was keeping this silent from me.“This matter came to my notice on October 1st when some senior members of NPA came to my house to inform me.

“The truth is that all is not well in the NPA, the workers are not being treated well, their salaries are poor, there is stagnation in workers’ promotion, and we are ready to go all the way with NPA management.

“We have supported this management enough, it is now time for them to reward us back by paying our members properly.

“Enough is enough. We can’t close our eyes and allow somebody to put a stick in our eyes. We would even shut the ports if the management refuse to act,” he warned.

Comrade Adeyanju, who lauded recent steps taken by NPA management on harmonisation of salaries, as well as plans to approve housing grants to workers, however, noted that workers must not be denied their rights.

Also speaking, Deputy President General of MWUN, Comrade Harry Tonye lamented that workers in NPA have remained stagnated for years as they are not only being denied their right wages but promotions when due.

He also lamented the shortage of junior staff in NPA.

He said,  “For over 16 years those of us in level 7 have remained in level 7. They said some of us have jammed bar, and there is no promotion and salary increment. There is also a shortage of junior staff and if NPA did not employ junior staff between now and February there will be no junior staff anymore in NPA.”