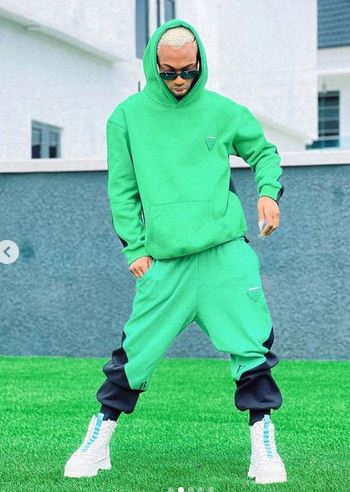 The 23-year-old who has been posting photos of himself on social media dressed as a man has also crowned himself as the ‘prince of Africa’.

–James Brown as a crossdresser

The self acclaimed ‘Prince of Africa’ made the switch days after the s3x tape went viral and he has been advertising masculine outfits for a particular fashion brand.

In one of the photos he posted on Instagram, James introduced himself and the prince of Africa.

“Meet the prince of Africa,” he wrote.

In another photo, James Brown wrote: ”So now you know am a man, My dream Career is to become a big Business man, Brand ambassador.