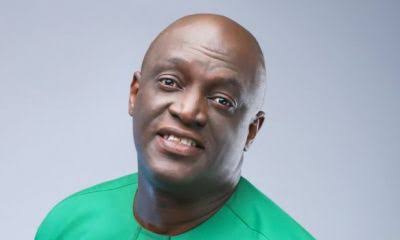 Okposo, who died at the age of 51 was said to have slumped before he was pronounced dead, but no official statement has been issued by his family.

The “Wellu Wellu” crooner was the CEO of Zamar Entertainment.
He was one of the leading soundtrack producers in Nollywood, a career he started in 1992.

The Niger Delta-born music star who released his first album Unconditional Love(with the hit song Wellu Wellu) in year 2000, has also been instrumental to the discovery of any gospel artists through his Sammy Okposo Praise Party.

He also had a daughter with Gloria Ibru, his one time lover; one of the children of the billionaire Ibru dynasty, before he got married to his wife, Ozioma, 12 years ago