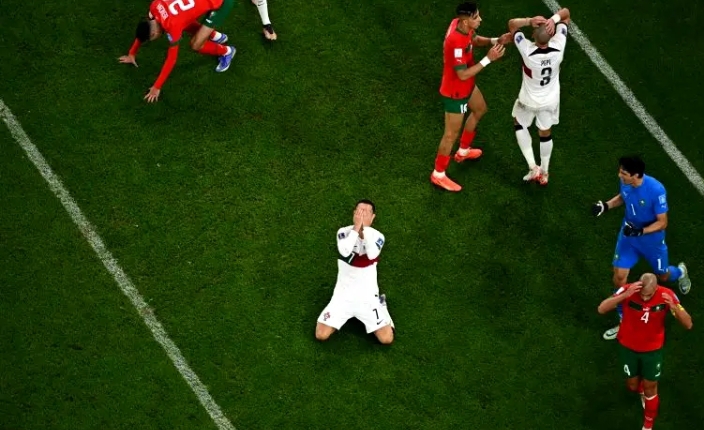 Atlas Lions of Morocco have become the first African country to reach the semi-final of the World Cup after beating Portugal 1-0.

It was Youseff En-Nesyri’s header in the 42 minutes of the quarter-final game that stopped Cristiano Ronaldo’s dream of winning the World Cup trophy in Qatar.

Morocco have surpassed the three other African sides to reach the quarter-finals — Cameroon in 1990, Senegal in 2002 and Ghana in 2010.

Ronaldo, five times Ballon d’Or winner, did not start the game but was brought at 51 minutes to replace Ruben Neves.