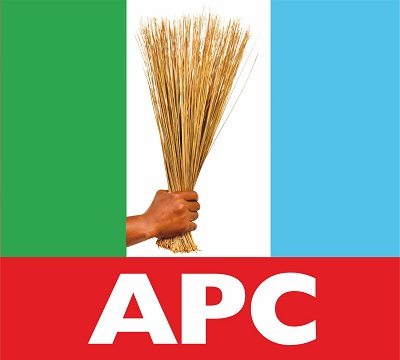 The Independent Campaign Council (ICC) working for election of the All Progressives Congress (APC) presidential candidate, Asiwaju Bola Ahmed Tinubu, and the re-election of Governor Babajide Sanwo-Olu in Lagos State has launched a data driven campaign strategy to ensure the success of the party in the State.

The support group said it would leave no stone unturned in galvanising and mobilising the electorate at the grassroots level in order to deliver five million votes promised the APC candidate in next month’s presidential election.

At its inaugural meeting held in Alausa on Wednesday, the group’s Director General, Mr. Tayo Ayinde, charged members of all directorates to intensify their activities across the local councils, while using the ICC structure to promote the party’s achievements.

The meeting, attended by directors of all the directorates within the group, was chaired by the ICC chairman, Cardinal James Odunmbaku, popularly known as Baba Eto.

Ayinde, who is the Chief of Staff to Governor Sanwo-Olu, said the selection and appointment of the directorates’ leaders was based on the testimony of their loyalty to APC and their capacity to deliver their polling units.

The group’s Director General said the ICC would be adopting a bottom-up approach to garner support for the APC’s candidates, as direct response to the evolving voter demographics and electoral rules.

He reminded the ICC directors that stakes were higher, because of the desperation of the opposition parties to use “cheap blackmail and empty rhetoric” to hoodwink undecided voters.

Ayinde said: “APC has a pedigree of incomparable electoral success in Lagos, which has become the home of progressive politics in the federation. The party’s electoral successes have also been matched with trail-blazing, proactive governance for the common good of the majority of the citizens since 1999. The current responsibility of ICC is to take the messages of ‘Awa lo kan’ and ‘a Greater Lagos Rising’ to every nook and cranny of Lagos, to every stakeholder, to every voting block and every voter.

“Our campaign must be robust, enlightening, issues-based and focussed on competence, pedigree, the need for structural continuity and public trust. Our products are not only good but they are the best. The manifesto and programmes of our candidates are already available to the public as reference and tool for selling them to the electorate. Like every good product, we have a responsibility to soft-sell our candidates to Lagosians by highlighting their competences and promises.

“We are not unmindful of the fact that there is a big gap to fill between our existing electoral results and the current target. There is a big gap between the previous data of registered voters, active voters and the current equivalents. We are determined to run a data-driven campaign towards retaining our core voters, identifying undecided voters and bridging the gap for the success of APC in Lagos. We shall assign, record and review our activities to ensure this objective is realised.”

The ICC Director General, however, hailed APC campaign council for its commitment towards promoting the party’s successes.
Ayinde dismissed the notion that the ICC was initiated to work at cross purposes with the APC campaign council structure in the State, noting that the independent group and the party were not in competition except working in complementary roles to achieve the same objective.

He said many of the ICC directors were party leaders, while the field officers selected to work in the directorates belonged to various grassroots organizations.

The Director General charged them to adopt effective strategies and tactics to reach out to potential voters.