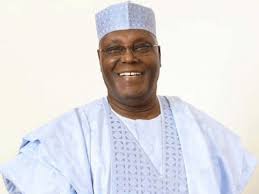 In 1989, he was elected the National Vice Chairman of the Peoples Front of Nigeria and won a seat to represent his constituency at the Constituent Assembly. In 1993, he contested the presidential primaries of the Social Democratic Party, playing a positive role in the democratic struggles that followed after the botched political transition. In 1998, Abubakar joined the Peoples Democratic Party and later won the Adamawa State gubernatorial election in 1999. As fate might have it, he was picked by the then General Olusegun Obasanjo (rtd) as his running mate for the presidential election.

When the election was won, he went on to become Nigeria’s vice president between 1999 and 2007. Political pundits point out that Atiku was easily Obasanjo’s pick at that time due to his political artistry, leadership expertise, great followership and unwavering loyalty to good causes.

Perhaps, many adult Nigerians will recall the role Wazirin Adamawa played as the helmsman of both the National Economic Council as well as the National Council on Privatization. He was in charge of these two portfolios when the country achieved a significant reduction in its external debt. Before Atiku became the helmsman of the National Council on Privatization, there had been 588 public enterprises which accounted for 55 percent of Nigeria’s external debt. The enterprises were bleeding the country’s lean resources and worsening its fiscal profile.

Abubakar went to work and by the time he and his team concluded the privatization exercise, Nigeria had been weaned off the external debt component and there was sufficient capital to deal with the country’s enormous infrastructure apertures at that time. Many often ascribe achievements to presidents but sometimes fail to acknowledge specific roles played by their deputies, especially in Nigeria where vice presidents superintend the economy. The fact is that Abubakar was at the centre of most of the economic achievements recorded during that era – which is often described as the best since 1999. Except the story is written by a maleic or mischievous element, it is impossible to mention the $18 million debt relief, liberalization of the telecoms sector which brought in MTN and other telecoms companies, National Poverty Eradication Program, Monetization Policy and other laudable economic achievements of the Obasanjo administration without mentioning the yeoman’s job done by Atiku Abubakar. Apart from Atiku’s achievements on the Nigerian economy, he is a bridge between the young and the old.

He is tech-savvy and understands the emerging changes in technology and education. Little wonder his presence is felt both in traditional and new media. He owns a university that is easily one of the best in the country.

During the 2019 presidential election which he believes he won, he drew several accolades and much support from young Nigerians who saw him as a new face of change and a departure from the old order. Atiku believes that any nation that ignores emerging technology trends is living in the past. Little wonder he counselled the current administration in August 2022 to embrace the e-government to reduce governance costs and bolster economic growth in the country.   Atiku Abubakar was a major advocate for the Startup Bill. Even when Muhammadu Buhari was not sure as to whether to assent to it or not, the Wazirin was at the forefront, urging the president to quickly assent to it to open up opportunities for Nigeria’s young population, which makes up over 60 percent of Nigeria’s demography.

In his series of Tweets in August 2022, Atiku noted that the ICT industry was a critical part of his national development plan and framework targeted at ensuring economic growth and diversification in the coming years. He had said, “My administration intends to enthrone a disruptive economic agenda that will position ICT at the forefront of our policy development strategy and ensure that digital technologies and innovations in ICT, and IT-enabled products and services are given an enabling environment to drive and help build our new digital economy, notably in areas such as E-commerce, IT manufacturing, ICT enabled outsourcing, the broader start-up ecosystem and other emerging technologies.”

Even his enemies attest that he is a detribalized Nigerian. Unlike other candidates, Atiku has friends from Igbo, Hausa, Yoruba, Ijaw, Ibibio, and other ethnic groups. One of the points often adduced by his traducers is the erroneous tittle-tattle about being disliked by his people – a fiction that has been disproved by facts. But the notion itself establishes the truth that Atiku is a detribalized Nigerian who will be fair to all Nigerians if elected into office as Nigeria’s president. He has an eye for talent and has a proven capacity to appoint the best people into his cabinet if elected Nigeria’s president. Even his nuptial ties which extend to different parts of Nigeria are a testament to his cosmopolitan mindset and educated thought process.

Perhaps, there is nowhere his fairness and fair play have shone like stars than in the area of his selection of his vice presidential candidates since 2007 from the South-East Nigeria or Igbo nation. Unlike several other candidates who have failed to recognize the marginalization of this group of entrepreneurs over the years, Atiku has shown the group, in the last 15 years, that he can be trusted to treat them fairly and hand power to them after his tenure. More so, the failures of the past eight years have vindicated Atiku’s free market philosophy.

Those who have chosen to toe the statist, socialist, command and control system have seen the Nigerian economy collapse like a pack of cards. They turn around to accuse Abubakar of a plot to “sell government assets to his friends.”

Yet they have allowed more than 100 public assets in various parts of Nigeria to rot away and depreciate. As an astute businessman and a man who believes in small government, Atiku Abubakar knows how not to waste public facilities and to put them into productive use. His philosophy of privatization, which again has been mischievously misinterpreted by flippant politicians, is one that has developed the United States, Europe and various parts of the Western world. Facts are sacred and information on industrial revolutions in America and Europe is readily available on the internet.

Atiku is a serious candidate who believes in closing down the multiple exchange rate system in Nigeria and improving the country’s productive base to raise foreign exchange inflows. He understands that the era of allowing arbitrage in the foreign exchange market through the multiple exchange rate system should be over to enable the Nigerian economy to have some breath of fresh air. Atiku is a frontline candidate in the forthcoming presidential election scheduled for February 25 due to his proven capacity at the highest level. None of the other candidates has ever attained the position of vice president.

Three other candidates are at best former governors who do not understand how to govern a vast country like Nigeria. It is easier to claim that anybody who governs Lagos, Anambra or Kano can lead Nigeria, but there is no evidence to prove that. Any rational person who compares someone who governed one state to another who was vice to a man who led 36 states and the Federal Capital Territory is not being sincere.

Atiku has led at the topmost echelon of the Nigerian political ladder and is the most experienced of all the candidates. Given the country’s current multifarious challenges, it will be risky to leave it in the hands of learners and those whose stock-in-trade for the first four years will be trial and error.

Godwin Oke, a current affairs expert is based in Lagos.