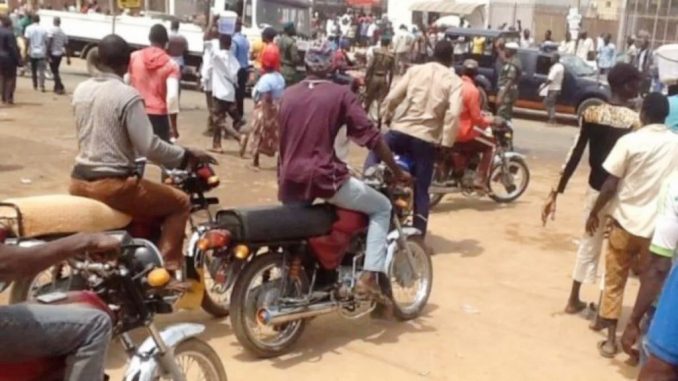 One person has been confirmed dead as the police clashed with motorcycle riders in the Oko-Oba area of Lagos State.

The Police Public Relations Officer of the State, SP Benjamin, confirming the death, said the riders violently attacked the police officers on Abule-Egba bridge after an accident involving a car and a motorcycle.

Hundeyin said: “We’re fully aware of the disturbances in Oko-Oba area of Lagos State. Our officers have been deployed. Situation has been brought under control. Further details will be provided later.https://www.youtube.com/embed/FjEMP8F5DvA

“After a minor accident involving a car and a motorcycle occurred on the Abule-Egba Bridge at about 4pm Tuesday, motorcycle riders in their numbers started fomenting trouble. Police arrived on the scene to quell the unrest. The riders violently attacked the Police. This resulted in the death of one of the riders